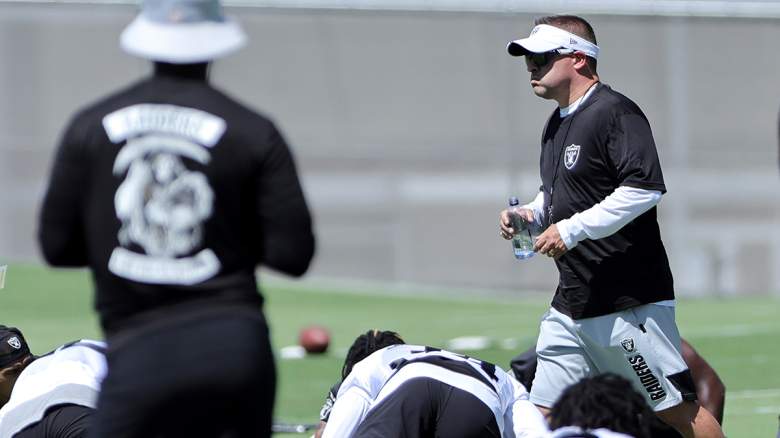 With the start of training camp, the Las Vegas Raiders start tinkering with their roster. The team recently fired players like Dallin Leavitt and Stanford Samuels. One group of positions that the team continues to tinker with is the secondary.

Projected starting cornerback Trayon Mullen was recently added to the Physically Unable to Perform list, which opened the door to adding another player in that position. The Raiders announced that they have added cornerback Isiah Brown to the roster.

Brown has yet to play an NFL game but came to the league in 2020 as an undrafted free agent for the Buffalo Bills. After a short stint with them, the cornerback found himself in the USFL. He played for the New Orleans Breakers this year and has 16 tackles with two interceptions. Brown played his college ball at Florida International, where he had five interceptions over four years. He has an uphill battle trying to create a Raiders roster that currently includes some cornerbacks. Injuries could open the door for him to play his first NFL game.

The Raiders have made some additions lately, but also a few subtractions. The roster will continue over the coming months. The team’s offensive line potentially has more opportunities for players to excel than any other positional group in the roster.

Unfortunately for Jordan Meredith, he won’t get a chance. The Raiders did without offensive guard. The former Los Angeles Ram signed with the team this offseason, but Las Vegas currently has an overabundance of offensive linemen on the roster.

The offensive line was possibly the Raiders’ weakest position group last season. Pro Football Focus ranked it the 29th group in the NFL. If the plan is to fight for a Super Bowl, that’s just not good enough. The team didn’t make any major additions to free agency or the draft, but hired a new offensive line coach in Carmen Bricillo. Maybe that’s enough to improve the group.

Additional experience from young players should also help. Offensive guard John Simpson is entering his third year with the team and played many snaps at left guard last season. He thinks he’s learned a lot over the past season.

“I feel like the last year has been a huge help for all of us,” Simpson told the media. “From where I started, I feel like I’ve gotten so much better. And I have the feeling that I can still improve so much. That’s just the beginning. … Everything we went through last year as a collective offensive line just helped us get better. And it will help us to be better next season.”

Simpson’s improvement would be of great help. Left tackle Kolton Miller is the only guaranteed starter as the rest of the offensive line will fight for it.