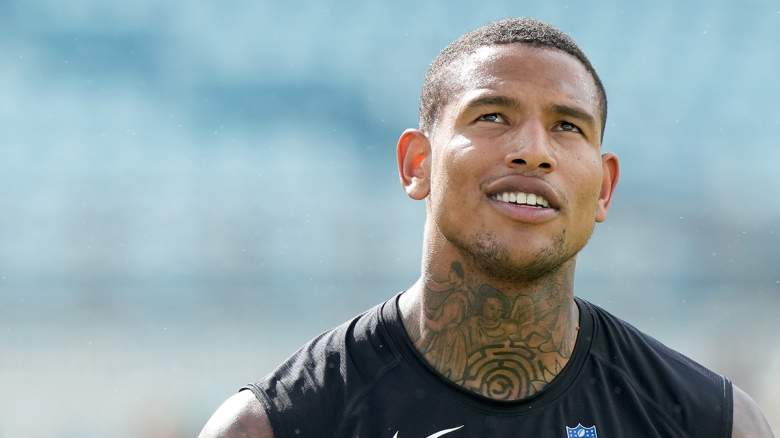 The Las Vegas Raiders are starting to heat up after back-to-back victories over the Denver Broncos and Seattle Seahawks, and bigger reinforcements could be on the way. Pro bowlers Hunter Renfrow and Darren Waller were placed on injured reserve prior to Week 10 and they are both eligible to return after this week’s game against the Los Angeles Chargers. The offense has played well this season, but they missed two of their best players for much of the year.

There has been much speculation about Waller’s status in recent weeks. The Raiders haven’t said much and there was even talk of him being out of the season. However, this is not the case. In an interview with Heavy Sports, Waller revealed he has recovered from his hamstring injury and plans to be ready as soon as he is eligible.

Waller can’t play the Los Angeles Rams until next week on Thursday night at the earliest. The team might want to give him more time on the practice ground to get up to speed, but as far as his health is concerned, he believes he is close to a full recovery.

“The last four weeks has really allowed me to heal and no longer suffer a minor setback that I had just about to be back out there. So I feel more ready to compete,” Waller said.

Waller’s initial injury came early in the first quarter against the Kansas City Chiefs in Week 5. The hope was that he would only miss a game or two. However, hamstring can be unpredictable and he learned that the hard way. The Raiders eventually made the decision to place him on injured reserve, which has given him plenty of time to fully recover.

Waller went into detail about what happened in practice and set him back.

“You know, before you can be out there playing the game again you have to be able to add a workload of a week of practice and I could go out on Wednesdays and then Thursday came where I did two days good strain on my legs in a row,” said Waller. “It was hard for me to fit multiple days together so I was close. I got through the whole practice, but there was a deep game where I went down and had to do a few extra ditches to get to a deep pass in one-on-one, and it kind of pulled me back in. My body just wasn’t ready to go. And that’s what prompted them to put me on IR, so it’s just given me a chance to get healthy and be able to give everything I have with the team that’s left with us in the season .”

Waller, for his part, isn’t thrilled with how his season is going. He was very frustrated with the recovery process and wants to get back on the field with his teammates.

“Yeah, definitely, definitely frustrating to want to be out there and just be one of the guys, be a teammate, be a friend out there with these guys and just be in the fight,” Waller said. “I want to be out there. And I know that I’m doing a lot with my presence. So definitely nothing exciting about the situation I’m in, but I just need to change my mindset, my perspective. How do I keep growing during this time? How can I continue to add value to the organization of this team, people one on one, by having conversations with them to see if I can encourage them in any way? So yeah, it’s certainly been a frustrating process and I’m just looking forward to getting back out there.”

Waller hasn’t been able to train with the team in weeks because he was on injured reserve, but he’s worked and shown he’s not feeling the lingering effects of the hamstring injury.

“Pretty much 100%,” Waller said when asked how his Achilles felt. “In the last few weeks I’ve really ramped up the workload. Three days in the field last week and then I have my fourth tomorrow this week. So I’m able to handle those workloads the way I mentioned earlier and I’m ready to go whenever they ask me to.”

Since becoming a household name in the NFL, Waller has done a lot of work giving back to the community and military. He has partnered with the USAA in the past to celebrate active duty military personnel and veterans. He has now chosen to take part in the My Cause My Cleats campaign, which helps honor the military on the field. Unfortunately, his status in the injured reserve doesn’t allow him to put on his shoes on the field just yet, but that doesn’t stop him from showing his love for the military.

“Yeah, so I’m partisan with USAA. I was able to attend the event they had in Vegas during the draft,” Waller said. “And I was able to work with them again on the food service portion of My Cause My Cleats. … We just did the Wounded Warrior Project and I was able to really get to know some of these people from their mental health stories and journeys. And really just fellowship and breaking bread and just having a good time. So I really wanted to give them the respect they deserve on the cleats as well. also wanted to call out all six branches of arms. And my cousin, Master Sergeant Mary Griffin, served in the Army for 20 years. I wanted to give her a big compliment, let her know that I love her too. So that really turned out to be a fantastic project and I’m glad to be a part of it.”