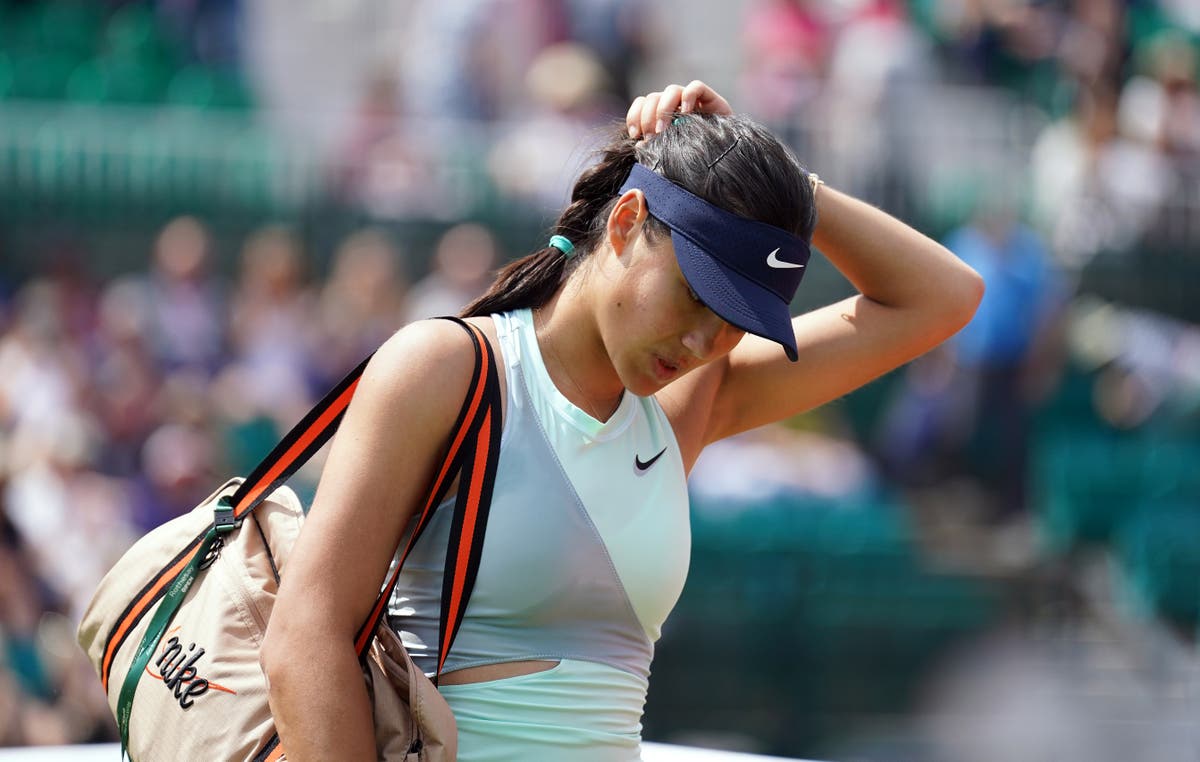 Emma Raducanu was not among the British wild cards announced on Friday for next week’s Rothesay International Eastbourne as she continues to recover from a side injury.

The US Open champion is in a race against time to be fit for Wimbledon after discovering another physical problem in her first-round match in Nottingham last week.

Raducanu only completed seven games before retiring and after hinting she might be fit to play at Eastbourne, the 19-year-old decided against a wild card.

She may instead opt to play a match at the Giorgio Armani Tennis Classic exhibition at Hurlingham Club next week but, provided she is fit, will go into her home Grand Slam with very limited grass court preparation.

Ryan Peniston and Katie Boulter were rewarded with wild cards alongside Harriet Dart, Jodie Burrage, Jack Draper and Jay Clarke for strong performances this week at Queen’s and Birmingham respectively.

Cameron Norrie and Dan Evans were the automatic British entries, while the headline-grabber of the week will be the returning Serena Williams, playing doubles with Ons Jabeur.