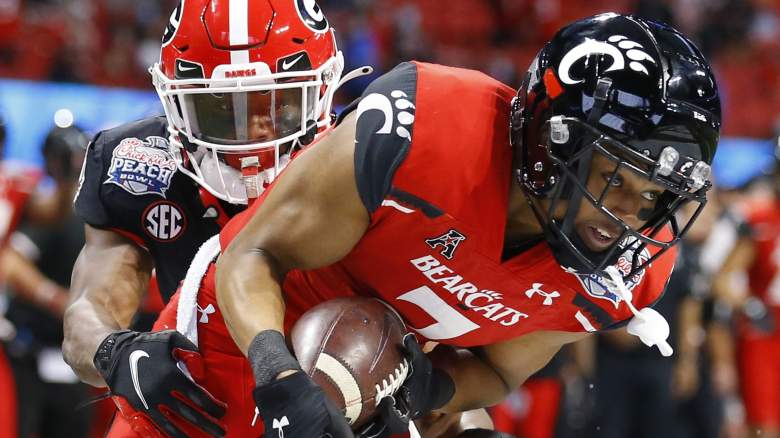 As the Detroit Lions head into the final day of the 2022 NFL draft, the team is well-positioned to add more talent to the roster to help them in meaningful ways.

The Lions don’t pick before 177 in the fifth round, but after that they have a series of selections at 181 and then 217 to complete their draft, assuming no other additions are made. However, as in the past, the team could always upgrade to secure a player they think would be a good fit and could slip.

Given their current needs and the selection philosophy shown, which players make the most sense for the Lions today? Here’s a look at the names to remember for Detroit on the final day of the draft.

Woolen might not be the biggest name in the class at this position, but he developed very strongly late in the pre-draft process and could be a hidden gem in the middle round for the Lions. The team will know him from the Senior Bowl, and while his numbers aren’t eye-catching, he’s a quick player who could work his way into the cornerback rotation in time. 65 tackles, 2 interceptions and 9 passes defended in college isn’t going to put a player on many big radars, but if you watch the tape the game is obvious.

Woolen would be another big addition to the group that added Jerry Jacobs, AJ Parker and others in 2021 and found a way to mine gold. He could just be another speedy stud who could become a star in Detroit if the team finds a way to add him.

It’s a big name for a big prospect that could probably be found a little further down the draft board this year. The Lions coached him at the Senior Bowl, so they’ll likely be watching what happens to Bryant during the draft, especially given what he’s statistically done so far. During his Cincinnati career, Bryant had 170 tackles and 9 interceptions. Here’s a look at his tape:

The Lions were probably hoping Bryant could stay a little under the radar, so mission accomplished. He fits in well with Detroit and could be the perfect player to help them turn things around and bring more depth to the backend. Maybe Detroit has to come and get him.

It took a while for the quarterbacks to fly off the board, but there was a small run on them in the second and third rounds. Howell is the last of the top options for the Lions to consider for 2022. Howell remains an interesting potential pick for the team. He had threw for 7,227 career yards and 68 touchdowns with just 14 interceptions this season. In 2021, Howell threw for 3,056 yards and 24 touchdowns. Now he’s lurking as potential value for a team like Detroit that’s needy on the position.

Here’s a look at some of Howell’s highlights from 2020:

Obviously Howell wasn’t a player on Day 1 or 2, but he becomes a sneaky value play on Day 3 when the Lions decide to go quarterback. If they avoid Howell, they won’t consider the spot until 2023.

Detroit’s offensive line has been rejuvenated in recent seasons and seems strong. Why not lately add another piece that could make it even stronger for the future? Wattenberg is solid against the pass but could show himself as a road grading run blocker. That fits with what Hank Fraley, Dan Campbell and co. want to see from their offensive lineman. Most players picked late in the seventh round become projects and Wattenberg would have a long way to go to form the team and see it through given what’s on the roster ahead of him, but he has lots of potential. Here’s a look at some highlights:

Wattenberg has a versatile position up front, which is significant for Detroit. With late gambles going for the offensive inside, this could be a good one for Detroit.

Following the signing of Garrett Griffin, the Lions may need one more addition to the position. Another local prospect could help provide it late. The son of former Pittsburgh legend Craig “Ironhead” Heyward and current Steelers star Cameron Heyward has good NFL bloodlines and would fit the mold of what the Lions want to build from a toughness standpoint. He also has great stats, with 825 rushing yards and 5 touchdowns remaining with 711 receiving yards and 6 touchdowns. Here’s a look at one of his best games of the 2021 season:

Heyward could be a sneaky good addition for the Lions, helping to add depth to the team at the tight end as well as offering a potential dual role on offense. He already seems to fit what Dan Campbell and the staff is all about, which could put him firmly on the team’s radar for the draft. Remember him with a late election.

Heyward could be a sneaky good addition for the Lions, helping to add depth to the team at the tight end as well as offering a potential dual role on offense. He already seems to fit what Dan Campbell and the staff is all about, which could put him firmly on the team’s radar for the draft. Remember him with a late election.