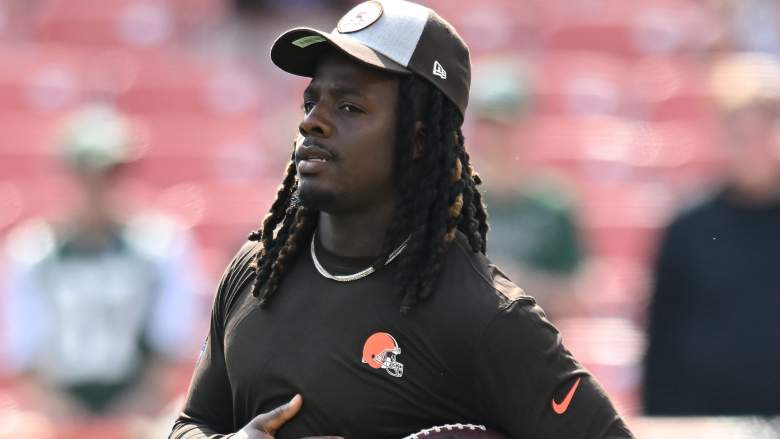 D’Ernest Johnson is yet to qualify for the Cleveland Browns this season and has become a prime trade contender since he’s on the shelf.

Johnson has had a breakout season with the Browns, starting two games and rushing for 534 yards on 100 carries with three touchdowns. He’s a hard-nosed runner who can be an effective option for consistent yards — his 5.3 yards-per-carry average last season is a testament to that.

Johnson could be an interesting option for a team like the Los Angeles Rams, who have a questionable running back room led by Cam Akers. The Rams have just 117 rushing yards in two weeks, which is the second-worst in the league after the Seahawks.

Rams coach Sean McVay wasn’t particularly happy with Akers, who was expected to take the lead but has played a fairly limited role for two weeks.

“There were some instances where there were some positive things and some things he could do better,” McVay told reporters after Akers had just three carries in the opening game. “But I just want to see an increased level of urgency and accountability that will snap and snap from him.”

Bleacher Report lined up the defending Super Bowl champion as a suit for Johnson and sent defensive aid to the Browns in exchange for the 26-year-old runner. Here’s what B/R’s Kristopher Knox had to say about a potential deal:

Burgess may have some potential as a former third-round pick who hasn’t had much opportunity to prove his worth. But the Browns don’t necessarily need depth there, with John Johnson III, Grant Delpit and Ronnie Harrison holding onto them.

The trio have room for improvement — especially following the Week 2 defensive collapse against the Jets — but there’s no guarantee Burgess could make it onto the field in Cleveland after a difficult start to his LA career.

Johnson is talented, but the reality is he won’t find much work if he stays in Cleveland. Nick Chubb and Kareem Hunt received the lion’s share of the work earlier this season and will continue to do so as one of the league’s best running back tandems.

Chubb is second in the NFL with 228 yards while Hunt has 104 yards and has also contributed in passing.

The Browns have opted to keep Jerome Ford active over Johnson, with the rookie playing a role on special teams as a kick returner.