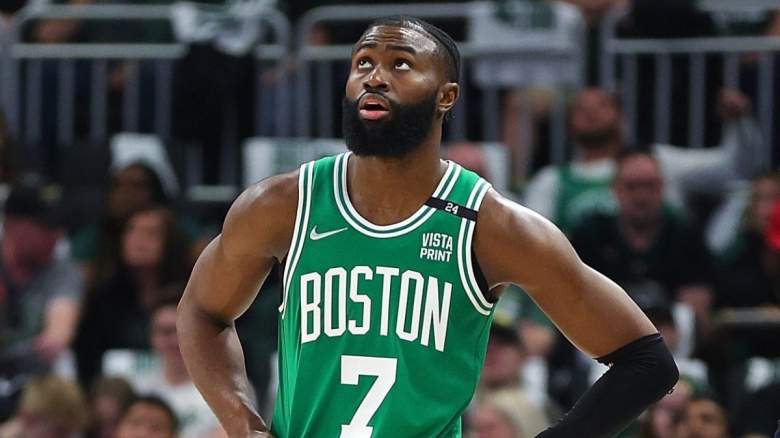 Earlier this summer, there were some serious questions about whether or not Jaylen Brown was fed up with the Boston Celtics. After Kevin Durant requested a trade with the Brooklyn Nets, Brown became involved in trade rumors and there was definitely some level of interest from the Celtics.

Things eventually fizzled out with Brown staying in Boston and reports even suggest the Celtics star handled things very professionally. However, as Brown enters the final two years of his current contract, rumors of his loyalty to the Celtics will inevitably begin to surface.

If he ends up wanting to leave Boston, the Celtics would have to consider trading him. According to Sports Illustrated’s Dalton Trigg, the Dallas Mavericks should be interested and could offer him a package full of first-round picks if Brown eventually pushes his way out of Boston.

Here is the outline of the proposed trade:

Obviously, the Celtics would lose out on this deal in terms of star power, but they would be overloaded with picks. That would give them a chance to strike a deal to land a new star alongside Jayson Tatum.

However, this isn’t the first time Brown has been linked with the Mavericks.

In late August, Heavy.com’s Sean Deveney spoke to NBA executives about teams potentially looking to steal Brown from the Celtics as free agency in 2024. An Eastern Conference executive said Dallas could try to target him when his contract expires.

“At some point they have to stop hitting doubles and go for the home run if they want a guy to pair with Luka,” the manager said. “They don’t have a lot of money to work with, they just don’t have that. So it’s going to be very difficult to trade for someone, but they might be able to do themselves a favor in the free hand if they’re patient and can convince Luka to be patient. 2023 is not busy so 2024 is their best bet and Brown will be the best there. There are other guys – (Pascal) Siakam, (Khris) Middleton – so you have some backup plans. But at some point you have to try to get that star.”

Brown would be an unrestricted free agent at this point and according to recent reports, it would be the only option to leave the Celtics.

According to MassLive’s Brian Robb, now that the Durant talks have died down, the Celtics have no interest in trading Brown.

“I don’t see that this season, even with a slow start to the year,” Robb wrote. “The only opportunity for a Jaylen Brown trade this year came and went with trade demand from Kevin Durant. The only way Brown can be moved anytime before his contract expires is if the team doesn’t think he’ll re-sign in the summer of 2024. I have no indication that this is being considered at this time.”

So while Brown is safe in Boston for now, anything can happen in two years.