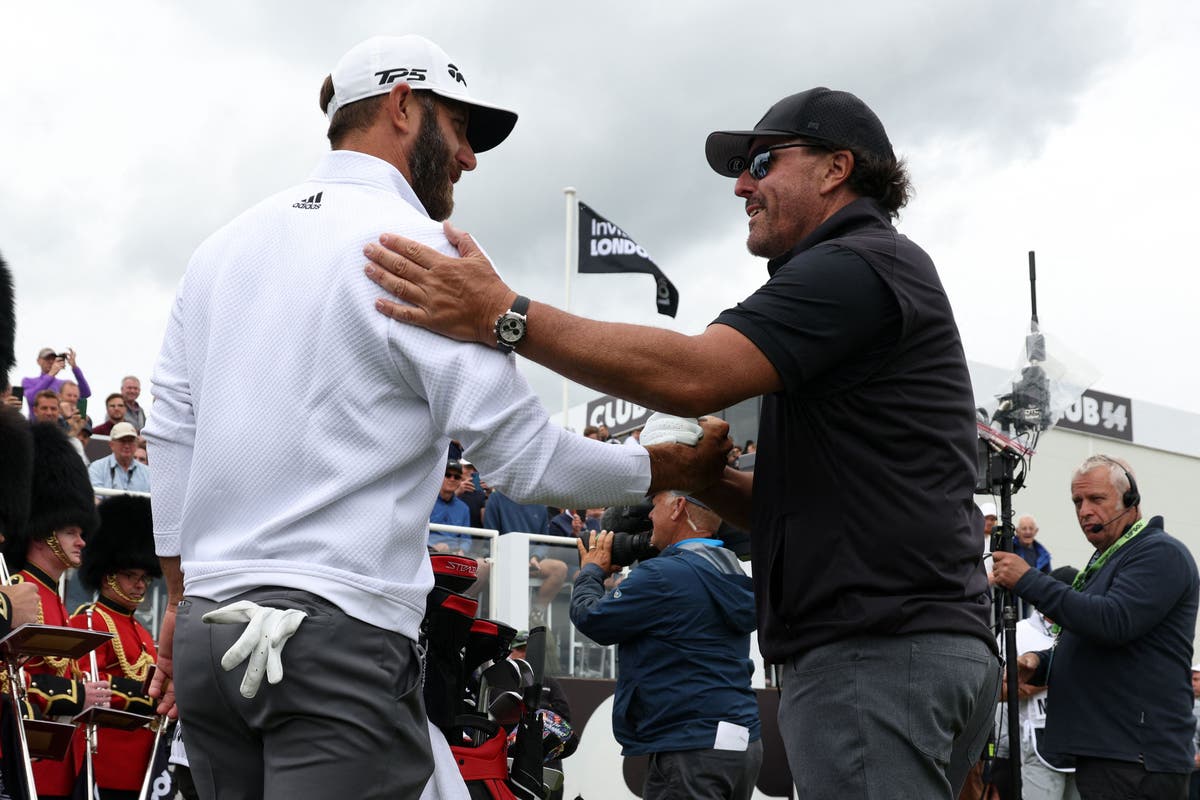 The PGA Tour has contacted all PGA Tour members to inform them that all participants in the Saudi Arabian-backed LIV golf series, both in Thursday’s inaugural competition and going forward, will be immediately suspended.

Tour Commissioner Jay Monahan sent out an email mocking those who “decided to turn their backs on the PGA Tour by willfully breaking a rule,” with figures such as Phil Mickelson attending the inaugural event outside of London were involved on Thursday, and Bryson DeChambeau will be among those confirmed to join next time.

The bans also apply to players on other PGA Tours, including the Champions, Canada, Latinoamerica and Korn Ferry Tours.

Additionally, those who have canceled their memberships – including Sergio Garcia, Louis Oosthuizen and Lee Westwood – will be “removed from the FedExCup points tally” and will not be allowed to play “via sponsor exemptions or any other eligibility category.”

“Players are being notified that they are suspended or otherwise ineligible to participate in tournament play on the PGA Tour, including the Presidents Cup. As you are aware, the players listed below have not received the required conflicting event and media rights releases – or have not requested any releases at all – and their participation in the Saudi Golf League / LIV golf event violates our tournament regulations. The same fate applies to all other players participating in future Saudi Golf League events.

“These players made their choice for their own financial reasons. But they can’t demand the same benefits, considerations, opportunities and platforms of PGA Tour membership that you do. This expectation respects you, our fans and our partners. You made a different choice, which is to abide by the tournament rules you agreed to in realizing your dream of earning a PGA Tour card and, more importantly, as part of the preeminent organizations in the world of professional golf.”

Just before teeing off, Dustin Johnson said he was “excited to get going” as Phil Mickelson praised the Tour’s new team-based approach.

“I’m excited, it’s a new chapter for golf, the players love it and I think the fans will,” Johnson said. “I think everyone will be thrilled to see what’s going on here.”

Rory McIlroy, one of those who has spoken out against LIV Golf’s attempts to disrupt the established order of the sport, continued to dismiss the opportunity to join the Saudi-backed company, blaming those who joined “at short notice” connected think” and be influenced by a “shipload of cash”.

Monaghan’s letter also included references to other issues that have yet to be fully resolved, including whether players who have joined LIV Golf could return to the PGA Tour, and said the Tour is becoming “transparent” in how it will deal with any issues and compliance be laid flat.

“Today’s announcement by the PGA Tour is vindictive and deepens the rift between the Tour and its members,” the statement said.

“It is disturbing that the Tour, an organization dedicated to creating opportunities for golfers to play the game, is the organization preventing golfers from playing. This is certainly not the last word on the subject. The free agency era begins as we are proud to have a whole cadre of players joining us in London and beyond.”