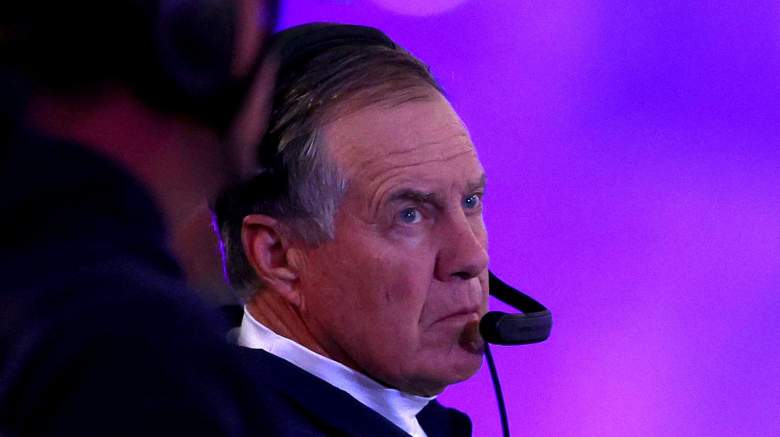 Since Thanksgiving, we’ve heard about several crucial games in the New England Patriots’ 33-26 loss to the Minnesota Vikings. Many have pointed out the controversial call for Hunter Henry’s catch, which upon further review has been called incomplete.

We’ve seen rookie running back Pierre Strong Jr. slammed for roughing up the punter penalty in the fourth quarter, and the Patriots secondary has taken some criticism for being played most of the night by Justin Jefferson and Kirk Cousins ​​was toasted.

Well, we can add a few more names to the list of culprits. Boston Sports Journal’s Greg Bedard drew no punches as he assessed some of the Patriots’ costliest mistakes from the loss. In a third-quarter sequence he dubbed “Cluster F***,” Henry, Kendrick Bourne, Nelson Agholor, Trent Brown and even offensive playcaller Matt Patricia were called out for their roles in sabotaging the New England effort.

After pointing out a great connection between Mac Jones and wide receiver Devante Parker, Bedard summarized the next few pieces as follows:

“Then it was a cluster@$%& after that,” Bedard wrote. “The next game, the Patriots have the game and they’re on the line and nobody knows what game they’re playing. Hunter Henry has his hands up. Kendrick Bourne has no idea. Two receivers basically run into each other on the left and Jones wisely throws him in the 5th row. That just can’t happen in the red zone in a game like this…or ever.”

Bedard wasn’t done yet. As I mentioned earlier, he didn’t spare Patricia, whom he cited for outrageously challenging a shotgun run game in a pile formation.

“But Matt Patricia says, ‘Hold my beer,'” Bedard wrote. “On the next play, Patricia not only calls out a run without a shotgun (oy), he does so with compacted receivers, which keeps even more defenders near the line of scrimmage. Basically everyone fails in the game. Cole Strange doesn’t pull or move anyone. Hunter Henry is driven back 3 yards and Nelson Agholor misses his block. Two epic failures.”

As with the other ill-fated games for the Patriots on Thanksgiving night, that sequence isn’t the only reason New England fell short. It’s time for the team to look forward to Thursday night’s pivotal battle with AFC East rivals and division leaders Buffalo Bills.

After a string of mediocre to poor performances, Mac Jones played pretty well in the loss to the Vikings. He didn’t turn the ball over and threw for a career-high 382 yards with two touchdowns. The Vikings’ secondary level has been selection-ripe for most opponents this year (the league’s worst 276.1 yards allowed per game), so we have to dampen our excitement over Jones’ performance.

However, a good game is just that, and every struggling player needs a performance to build on when they break out of their rut. Patriots Nation hopes this was one of those games for Jones.

By the time they got into the game against the Vikings, the Patriots’ defense had begun to garner the respect that a top unit in the NFL deserves. After all, New England had held their last three opponents to a total of 23 points.

Unfortunately, in two of those games against the Jets, they played with Patriots-terrified Zach Wilson, and a dying Indianapolis Colts team wanted to fire Frank Reich in the other. Things may have been a bit skewed in this happy run of competitions. In a battle against one of the league’s best offenses in Minnesota, the Patriots’ secondary was seemingly unmasked by an elite wide receiver in Jefferson with excellent supplemental roles in Adam Thielen, KJ Osborn, TJ Hockenson and Dalvin Cook, an offensive line that yielded to Cousins , who tossed the ball all day, and a quarterback who made almost all of the right decisions with his shots.

It won’t be much easier for New England in the next game against Josh Allen and Co.