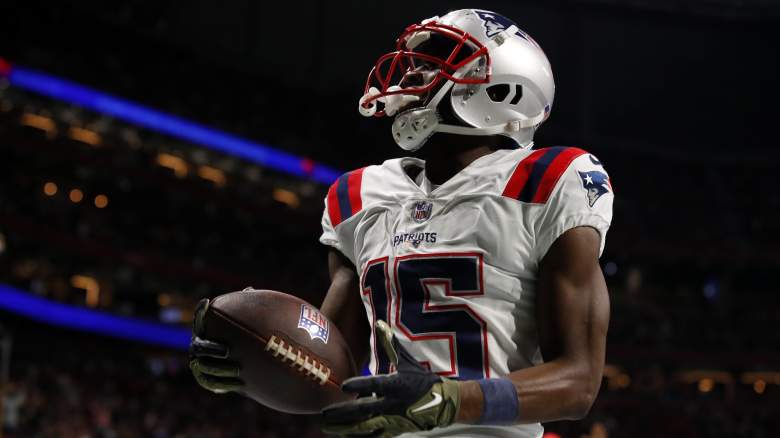 The New England Patriots may have traded N’Keal Harry, but the organization still has a few steps to take before the 2022 regular season begins.

Training camp is just a week away, meaning coaches can see what the players are capable of as they prepare to take cuts ahead of the regular season and meet the salary cap.

WEEI’s Andy Hart tackled the difficult task of projecting surprise cuts that could be made by the Patriots, and two prominent players were mentioned.

It will likely come as a shock to Patriots fans, but Hart mentions Malcolm Butler as a surprise candidate.

“The veteran cornerback left football a year ago,” says Hart. “Now he’s back and has enlisted as a beginning cornerback where his unique New England career began. Butler seems to be in very good shape. He looked very competitive in the spring. But he’s still a 32-year-old cornerback who retired a year ago. That leaves enough uncertainty to put the former Super Bowl hero on the list. Butler would leave $750,000 in dead cap funds if cut, according to Spotrac.”

Butler definitely suits a surprise cut. After losing JC Jackson, Butler seems primed to be New England’s top corner. As he comes out of retirement, the Patriots will likely rely heavily on Butler (if he’s on the roster) for the upcoming season.

Another option Hart mentions as a surprise candidate is Nelson Agholor.

“Financially, the cut of Agholor is really hard to swallow as it would leave a $10 million dead cap hit for one of last year’s free-agent signings,” Hart wrote. “With $9 million of that cash salary, New England would probably like to try to work out some sort of trade to ease the strain, but that could be difficult. Agholor was a big disappointment in 2021. There’s hope that he’ll move into a slot role sooner in 2022 and that could boost his production. Still, it’s not hard to think that the Patriots’ receivers depth chart could be filled with DeVante Parker, Jakobi Meyers, Kendrick Bourne, Tyquan Thornton and maybe Nixon, leaving Agholor as an expensive man without a big role. Finances will likely keep the veteran in check though.”

Agholor struggled with New England in his debut season. The wide receiver had just 37 receptions for 473 yards and three touchdowns.

Agholor is in the final year of a two-year, $22 million deal. Its production last season makes this deal look like a massive overpayment.

If those two players were cut, Patriots fans would likely be surprised by the decision and start scratching their heads. Those moves would also be quite costly, and the decision to drop Butler would leave a hole in secondary education.

With Bill Belichick at the helm, a surprise cut wouldn’t be surprising, but if Butler or Agholor got the ax, fans would be surprised.