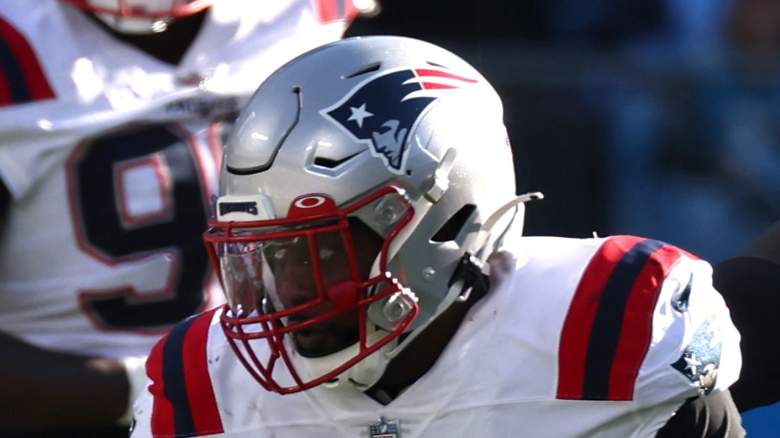 A day after saying goodbye to fringes running back depth option Devine Ozigbo, the Patriots released linebacker Terez Hall after he failed a physical test.

The Patriots released an official statement releasing Hall, but didn’t give a reason for the split. However, the NFL transaction line stated that the reason for the release was a failed physical operation.

Hall spent eight games with the Patriots in 2020 and scored four starts. He was promoted to the 53-man squad at the end of November as the coaching staff seemed to like his aggressiveness. Unfortunately, the Missouri product suffered an ankle injury that kept him on the physically unable to perform list throughout the 2021 season.

With Hall seemingly unwilling to return to the field, the Patriots decided to go in a different direction. During his half-season with the Patriots, he recorded 50 tackles and two pass deflections for a total of 287 shots split between defensive and special teams.

While Hall didn’t play a major role in 2021, it would have made sense to position him to snap big in 2022 given how little experience many of the other Patriots linebackers have under their belts.

At 25, Hall may still have some football left in him, but he needs to continue to rehabilitate his injury before he can take another step toward an NFL job. In the meantime, he could find a home on a USFL roster.

The newly launched league has already served as a landing pad for some former Patriots and players from other teams that don’t have an NFL home.

At 6ft 2,235lbs, Hall was a shorter, stockier linebacker, which was the archetype the Patriots have gravitated toward in recent decades. The team’s desire to have linebackers tall enough to hold their own against the run has prevailed against the faster groups that seem to be all the rage in NFL and college-level football.

Maybe the Patriots will follow the trend. The team’s current linebacker group is said to be faster and more athletic with the exception of Ja’Whuan Bentley.

Here’s a look at the Patriots’ linebacker squad when the NFL season begins tomorrow, per ESPN’s Mike Reiss:

It appears the Patriots will be succeeded by legendary performer Dont’a Hightower and another fan favorite, Jamie Collins. Both remain free agents with the key dates of the offseason in their rearview mirrors.

The list doesn’t include many big names, but the hope is someone will have a breakout season to solidify the second layer of defense.

With the Patriots linebackers not jumping off the page, it’s inevitable that there will be talk of New England signing any notable player who even partially resembles a scheme that fits once the late releases during training camp or after start of the preseason.

Injuries and/or outstanding performance by young players can result in veterans becoming expendable. There is always the financial part, which can also play a role in a personnel decision.

In either of those cases, the Patriots could be looking for an experienced linebacker to step in and help lead what appears to be a largely young and inexperienced group — even if they’re a little more athletic than they’ve been for many years.