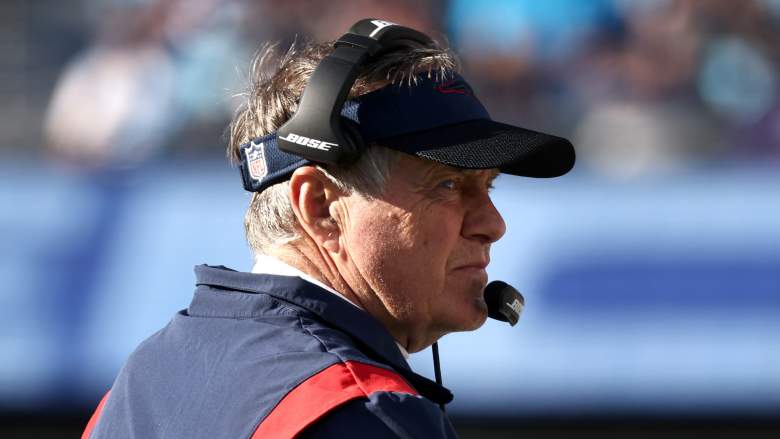 New England Patriots legend Bill Belichick doesn’t appear to be thinking of retiring as head coach anytime soon. However, given his age (70), Robert Kraft and his son Jonathan will have to consider what comes next or who could be a worthy replacement for the future Hall of Famer.

Boston Sports Journal’s Greg Bedard asked a question about a possible replacement for Belichick, and the reader brought up “an interesting name.” Bedard was asked if former Tampa Bay Buccaneers and current Rutgers head coach Greg Schiano could be a realistic candidate.

“Schiano is an interesting name that I had never heard of,” Bedard replied. “But I’m not sure if he’s leaving Rutgers this time around…unless they’re backing down on what they’ve promised in terms of facilities. He’s learned his lesson…sometimes the grass isn’t always greener. Could this job appeal to him? Sure it could. ”

Schiano has not had a good run as head coach with the Bucs. In two seasons from 2012-13, Schiano led Tampa Bay to an 11-21 record with no playoff appearances. Schiano was with Rutgers from 2001 to 2011 but left to pursue his NFL dream.

Schiano returned in 2020 and has amassed a 10-14 record with one bowl appearance since his return. Schiano has started the Scarlet Knights 2-0 this season, so things are looking up again for the program.

Like Belichick, Schiano has accumulated experience on the defensive side of the ball. At times it was en vogue to hire defensive specialists as coaches on the sidelines.

However, this has changed fundamentally in the last decade. As the NFL meta shifts to a more offensive focus, organizations appear to be targeting offensive masterminds to shape the future of their franchises.

Schiano is 56 years old, so not exactly a young candidate. He’d have to have an amazingly strong year in 2022 and continue on that track for years to come if he was to make himself an attractive candidate for the Patriots or any other NFL team looking for a new head coach.

Some team has to hire Eric Bieniemy at some point, right? The Kansas City Chiefs offensive coordinator comes highly recommended by current head coach Andy Reid, and his success in making Patrick Mahomes a franchise quarterback should speak volumes.

Bieniemy’s name should be high on the list when it comes to offensive-minded future head coaching candidates.

The Cincinnati Bengals have a young gem on their team in Brian Callahan. Like Bieniemy, Callahan was instrumental in developing a talented young quarterback in Joe Burrow. Callahan is the son of former Las Vegas Raiders head coach Bill Callahan (whose specialty was the offensive line).

Can we see someone like Callahan as the next Patriots head coach? Don’t be surprised if the Patriots turn to one of Belichick’s former assistants to take his place when he hangs up his hoodie.

Don’t just think about Matt Patricia and Joe Judge. Something in the sound of coach Hoyer seems doable.

Brian Hoyer is currently the backup quarterback, but he certainly has the looks and approach of a player who will become a future coach in the NFL. Hoyer is already helping to nurture Mac Jones’ career. Seeing Hoyer soon transition to offensive coordinator and eventually head coach at New England doesn’t seem far-fetched.

When it happens, remember where you first heard it.

‘There are Tories everywhere’: How Labor are using conferences to woo big companies

‘There are Tories everywhere’: How Labor are using conferences to woo big companies