Patriots acquisition needs great camp not to be cut: report 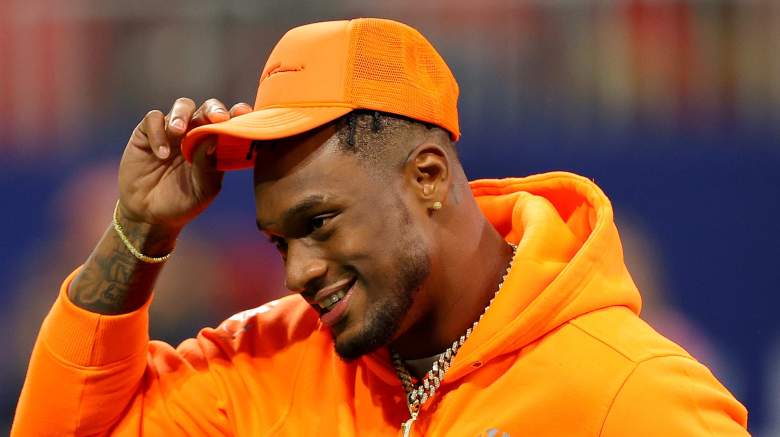 The New England Patriots struck a trade with the Cleveland Browns, sending Chase Winovich to the Dawg Pound in exchange for linebacker Mack Wilson. The deal was seen as a swap of underperforming but talented linebackers who might just need a change of scenery.

By the time Wilson heads into his first training camp with the Patriots, he may already be under pressure to prove he’s worthy of a roster spot in New England. Bleacher Report’s Joe Tansey called Wilson a player who needs a strong camp to “not get cut.”

After 82 tackles, seven passes defended and four tackles lost in 2019, his rookie season, Wilson slacked off significantly in 2020 and 2021. Injuries were part of the problem as he missed six games.

If he’s healthy, he’ll have to compete against Josh Uche, Cameron McGrone, Ronnie Perkins, Anfernee Jennings and Raekwon McMillan for linebacker spots. Wilson is only 24 years old so he has some advantages and we’ve seen him play well in the NFL.

The talent is there; it’s just a question of whether he puts it back together or not.

Why did the Patriots give up on Winovich and trade him for Wilson?

Winovich had proven himself to be a viable pass rusher throughout his career. He had 11 sacks in his first two years in the NFL.

Unfortunately, he didn’t pick up a sack in a frustrating third season that also saw him miss four contests. While Wilson’s game waned in 2020 and 2021, stylistically it fits better with what the Patriots want to do with their linebackers.

The New England linebackers lacked speed and athleticism last year, and Wilson at his best is a guy capable of flying around the field and playing against run and pass. Winovich’s gifts were almost exclusively limited to pass rushing.

The hope is that Wilson can find himself in a role similar to that of Jamie Collins, Kyle Van Noy or Elandon Roberts. If he can, New England will have flipped a former player who doesn’t fit well into the roster with one still young enough to have his prime with the Patriots.

There has been a lot of talk about the structure of the Patriots coaching staff. The team shared details on Thursday. WBZ’s Dan Roche tweeted the details in a three-part thread.

If you follow Kendrick Bourne on social media, you’ve no doubt caught the mood of his posts throughout the offseason. Bourne was particularly positive and spiritual with messages like the following aimed at uplifting his followers.

Bourne is one player the Patriots expect to have a strong season in 2022.