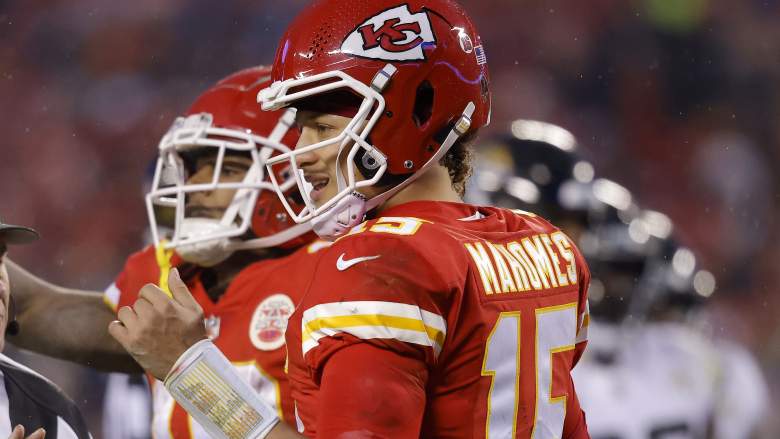 Patrick Mahomes II and the Kansas City Chiefs fought a tough win over the Jacksonville Jaguars in the divisional round of the NFL playoffs — with a little help from backup quarterback Chad Henne.

After the Mahomes game caught up with NBC field reporter Melissa Starkand he revealed some behind-the-scenes details on his ankle injury, which happened late in the first quarter.

“Yes, I didn’t want to go [into the locker room] and they kind of gave me an ultimatum that I wasn’t going to go back into the game unless I went in there,” Mahomes told Stark. “They try to look after me – we have a lot of great people over here – but it’s going to take a lot to keep me out of a football game.”

Mahomes also confirmed the X-rays were negative and that he will be “well ready” for the AFC Championship game.

As always, Mahomes was selfless as he opened up about his ridiculous one-legged performance against the Jaguars on Saturday night.

“That’s a credit to the guys around me,” Mahomes replied when Stark asked how he managed to get through the game. “The offensive line kept me clean in the pocket knowing I couldn’t move and the boys played around me.”

The superstar added, “That’s what a great team does, when someone’s a little bit upset, everyone around them steps up.”

He later praised Henne for his work while Mahomes was sidelined.

“Chad Henne, man, he was in the building every single day, he made me a much better quarterback than he teaches me to be,” Mahomes began. “Only the most committed quarterback ever, man, [he’s] a special guy, and he stepped up and drove him 98 yards [for a] touchdown that ultimately made the difference in the game.”