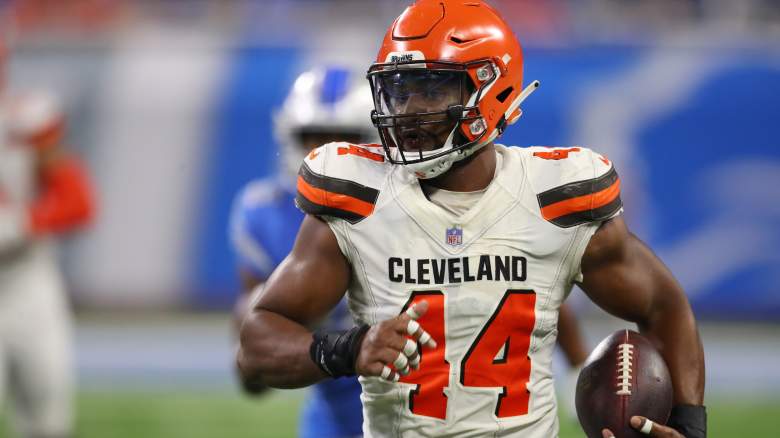 The Green Bay Packers swap a young running back for an experienced pass rusher in their training team.

Orchard was the Browns’ second pick in the 2015 NFL Draft (# 51 overall) and started strong with 36 total tackles, three sacks, four tackles for loss, four pass breakups and an interception over 15 games and 11 starts. However, a high ankle sprain in 2017 ended his second season after just three games and left him on the track in Cleveland until his discharge in early 2018.

Orchard has since played a total of 12 games for the Buffalo Bills, the Kansas City Chiefs and the Washington Football Team, and has held temporary stints in Seattle, Miami, Houston, Tennessee and Minnesota.

The Packers’ decision to release Whyte – a reserve rusher they signed after a knee injury to Aaron Jones in Week 10 – could mean they are on the verge of regaining their lead. Corresponding Adam Schefter from ESPN, Jones suffered a “mild” MCL sprain and should be absent for a week or two as a result; However, Jones did participate in each of the team’s first two practice sessions ahead of the Week 12 game against the Los Angels Rams.

“He did a good job training and we’ll see how he gets through the week and see where he stands on Sunday,” said Packers head coach Matt LaFleur.

The Packers may need a few extra hands on deck with an outside linebacker when the Rams come into town on Sunday with the status of two of their pass-rushers – Rashan Gary and Jonathan Garvin.

Gary, who leads the Packers by 5.5 sacks, is still battling an elbow injury that kept him from losing to the Vikings in Week 11. He was initially classified as questionable and given a chance to play, which seems to give him a good chance of playing the Rams again in Week 12. However, he was restricted in the first two training sessions and will only receive an injury label after the last session on Friday.

In the meantime, the Packers will almost certainly no longer have Garvin available after the Houston Chronicle’s Aaron Wilson reports that the 2020 round seven picks tested positive for COVID-19. The Packers didn’t immediately put him on their reserve / COVID-19 list on Thursday, but once they do he will have to test negative and be asymptomatic twice 24 hours apart before being eligible for return.

If neither Gary nor Garvin play the Rams, the Packers will resort to Preston Smith and Tipa Galeai recently promoted as their lone pass-rushers. They are most likely to kick La’Darius Hamilton off the training roster for a second straight week, especially after protecting him with one of their four weekly training roster.