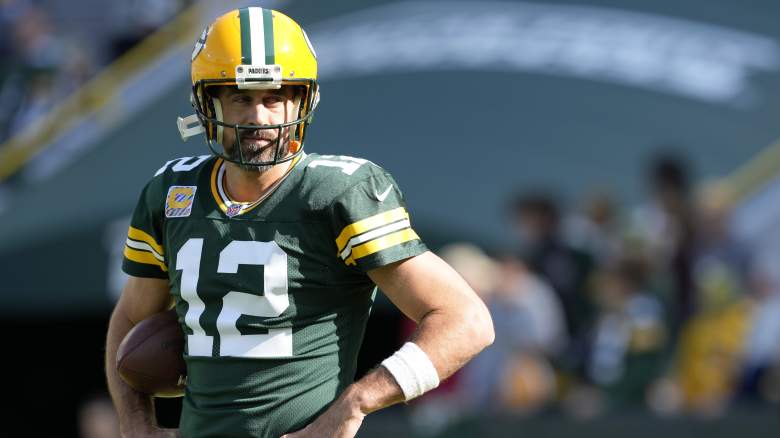 Adams is charged with assault after he knocked a cameraman to the ground while leaving the field at Arrowhead Stadium on Monday night, Oct. 10. Adams took the fourth down play and fell by a single point to the Kansas City Chiefs (4-1).

On Wednesday, reporters asked Adams’ former teammate and quarterback Aaron Rodgers about his reaction to the wideout’s actions and the subsequent aftermath.

“I was surprised. I was definitely surprised,” Rodgers said. per USA Today’s Ryan Wood. “I love Davante. I contacted him after the game. I haven’t seen the clip yet, but yeah I was surprised.”

Wood went on to ask the QB if his surprise was more related to Adam’s physicality or the assault that followed.

ESPN’s Paul Gutuierrez tweeted a video Monday night editing the game where the Raiders lost the game, Adam’s instant reaction on the sidelines and the receiver shoving the cameraman as he made his way to the tunnel.

The cameraman later visited a local hospital for an examination before filing a police report on the incident.

ESPN’s Stephen A. Smith responded to the charges during Wednesday morning’s First Take, calling it a “money heist” by the cameraman.

“It’s a money robbery. I blame the guy for that. You’re damn right about that,” said Smith. “You were pushed to the ground. You got up right away. Next thing you know, you’re with the police and now you’re making charges. Please, nobody was fooled.”

“Let’s also consider that while I believe this is a money heist … the fact of the matter is that Davante Adams had nothing to do with what he did,” Smith continued. “He has no history at all, no bad history. He’s a good guy, his heart is in the right place.”

Rodgers was the first Packers player to speak out about Adams’ situation. Safety Adrian Amos, another former receiver’s teammate, took to Twitter on the night in question with a simple message to everyone who responded in real time – relax.

“Yeah it’s wrong but relax, he didn’t hit the guy or anything.” Amos tweeted. “Greed so dramatic, lmao.”

Adams took the opportunity during the aftermath to apologize to the cameraman, who he pushed to the ground.

“I want to apologize to the guy. There was a guy running off the field and he ran like he jumped in front of me when I came off the field and I bumped into him, kind of pushed him, and he landed on the ground,” Adams said. “So I wanted to apologize to him for that because that was just frustration mixed in with him when he literally just walked in [front] from me. I shouldn’t have reacted like that, but that’s how I reacted at first.”

Adams took the opportunity during the aftermath to apologize to the cameraman, who he pushed to the ground.