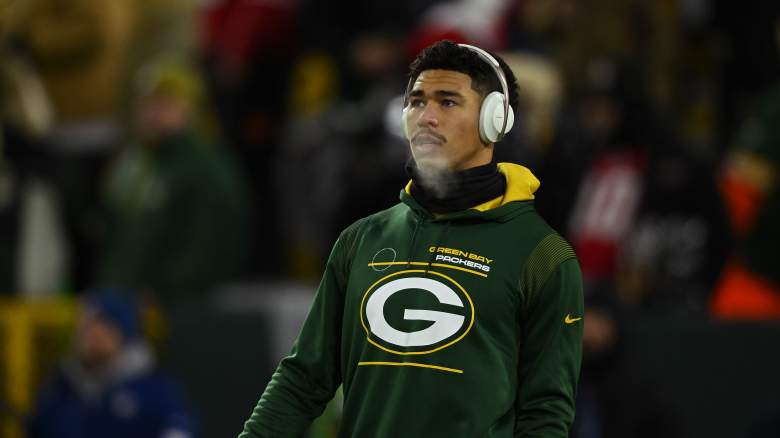 After a miserable opening weekend, the Green Bay Packers pass attack needs all the help they can get.

Luckily for Aaron Rodgers and co., they’re getting the biggest boost possible based on the current roster build, as No. 1 wide receiver Allen Lazard is expected to play division rivals Chicago Bears in the Packers’ home opener Sunday, Sept. 18.

“Packers’ WR Allen Lazard, who is ruled questionable for Sunday night with a sprained ankle, is expected to play against the Bears, according to the source.” Scheter tweeted.

Lazard initially injured his ankle in practice, more than a week before the Packers opened the season on the road against the Minnesota Vikings. The fifth-year receiver failed to get on the field in Week 1, costing Green Bay more than could have been expected given the young talent on the list.

Rodgers relied on rookies Romeo Doubs and Christian Watson to step up in Lazard’s place, although neither was able to break through and make any kind of game-changing impact. Doubs finished the day with four catches for 37 yards while Watson ended his NFL debut with two catches for 34 yards and a missed touchdown opportunity.

The Packers’ passing game was anemic all afternoon as Rodgers threw for just 195 yards and one interception, completing 22 of 34 attempts. The Vikings sacked the reigning NFL MVP four times for a cumulative loss of 33 yards.

Lazard’s return will likely put Doubs back in a supporting role, as Lazard will join veterans Sammy Watkins and Randall Cobb in the starting lineup against the Bears, according to the Packers’ official depth chart.

Lazard hasn’t exactly set the world on fire in 2021 from a statistical standpoint, though he’s produced a career campaign across the board.

Rodgers looked in Lazard’s direction 60 times last season, according to Pro Football Reference. The receiver caught 40 of those passes for 513 yards and eight touchdowns.

Lazard spoke to the media last month about his increased role and increased chemistry between him and Rodgers as a result of Green Bay’s decision to trade All Pro wideout Davante Adams to the Las Vegas Raiders during the offseason.

“I think it was huge. I rather think so [our] Situation where you just have conversations off the field, things that aren’t football related and just build some kind of chemistry and just get to know each other from that point of view,” Lazard said. “So when it comes to X and O, I understand how he’s attacking that or what angle he’s trying to get with that game or with that route.”

“I think that relationship that you can build in the canteen, in the hallways… [pays] Dividends,” Lazard continued.