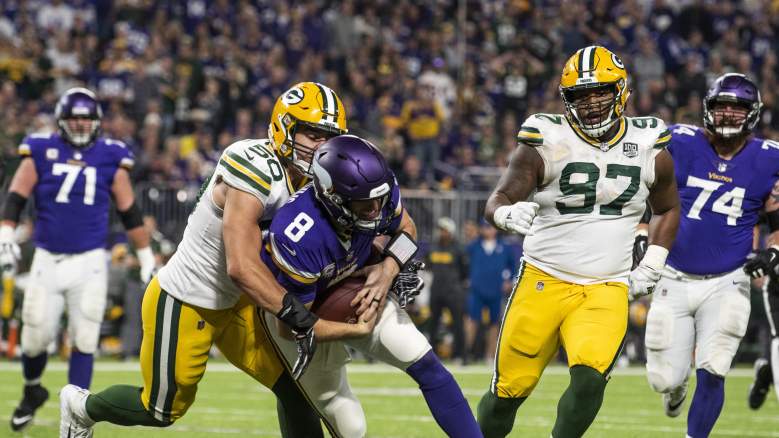 The Green Bay Packers have a quality linebacker lineup, but after just a week, injuries have already begun to take their toll on the position, opening the door to a reunion with a familiar face from the not-so-distant past.

Inside linebacker Krys Barnes suffered ankle and calf injuries last weekend against the Minnesota Vikings, landing him on the injured reserve (IR) list and knocking him out for at least the next four weeks. But the bad news didn’t end there.

Rookie and first-round pick Quay Walker also suffered a shoulder injury that threatened his status in Week 2 against the Chicago Bears. ESPN’s Rob Demovsky offered an update on the health issues on Monday, September 12.

“The news at Inside Linebacker isn’t as bad as it looked yesterday.” Demovsky tweeted. “[Head coach] Matt LaFleur said there’s a chance Quay Walker (shoulder) could play the Bears this week and Krys Barnes (ankle) avoided a season-ending injury.

Walker improved throughout the week and has been fully participating in practice as of Tuesday, according to the Packers’ official website. He wore no injury designation on Friday and will be on the field on Sunday.

However, the absence of Barnes as a backup and the fact that Walker could deal with shoulder pain later in the season suggest Green Bay are considering reinforcements in the position. A current free-agent option is ex-Packers linebacker Blake Martinez.

Bleacher Report’s Alex Ballentine on Thursday, Sept. 15, suggested the Packers consider a Martinez reunion after spending the last two seasons with the New York Giants in the NFC East.

Green Bay selected Martinez in the fourth round of the 2016 NFL Draft, after which the linebacker played with the team for four seasons. He started 57 of 61 games he appeared in before heading to New York in 2020.

The inside linebacker also started in all 16 games for the Giants in his freshman season in New York. He was voted captain of the team in 2021 and started all three games he appeared in before tearing his cruciate ligament in Week 3, an injury that cost him the rest of the season.

Martinez made the Giants’ initial 53-man roster, though the team cut him just two days later on Sept. 1. The 28-year-old’s release saved New York approximately $6 million from the salary cap.