Packers are parting ways with the former Cowboys wide receiver 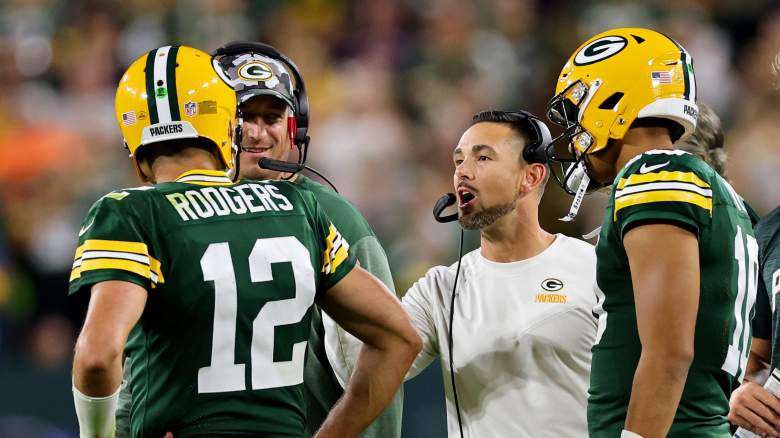 The Green Bay Packers officially fired one of the organization’s young ball possession receivers on Monday.

The Packers took Osirus Mitchell off the injured reserve (IR) list on Sept. 19, according to the NFL’s transaction line. He didn’t leave empty-handed, however, when Green Bay awarded Mitchell the parting gift of an injury settlement.

The receiver’s stint with the Packers didn’t last long. Mitchell signed with Green Bay in late July and joined the practice team of an organization with several question marks over the position after trading Davante Adams to the Las Vegas Raiders ahead of the 2022 NFL draft.

The former Mississippi State University collegiate star spent time with the USFL’s Birmingham Stallions, where he rushed for 331 yards and three touchdowns in 47 receptions. Mitchell was also a member of the Dallas Cowboys practice team before ending up in Green Bay.

Mitchell suffered a quad injury just over a week later, which eventually resulted in his being overturned with an injury designation. The recipient later conceded waivers, after which the Packers took him back to the IR.

The series of events presented the possibility of one of two outcomes — either Mitchell would remain on IR with the Packers for much of the season, or Mitchell would seek an injury settlement and seek a spot with another NFL franchise first. It was the latter of the two scenarios that materialized on Monday.

The Packers’ passing game against the Minnesota Vikings in Week 1 was abysmal, thrashing for just 195 yards and zero touchdowns. Quarterback Aaron Rodgers was also sacked four times and threw an interception.

Green Bay rebounded successfully in Sunday’s 2022 home opener against the Chicago Bears, scoring 27 points and winning easily. Rodgers threw for 234 yards and two touchdowns, though the receiving corps still left a lot to be desired.

Watson caught just three catches for nine yards against the Bears Sunday after catching two catches for 34 yards in Week 1.

Bleacher Report’s Kristopher Knox on Monday offered a generous rating of Watson as a “work in progress” after two consecutive underperformances.

Watson’s fellow rookie receiver Romeo Doubs has amassed just six catches for 64 yards in his first two games. Both Watson and Doubs have yet to find the end zone.