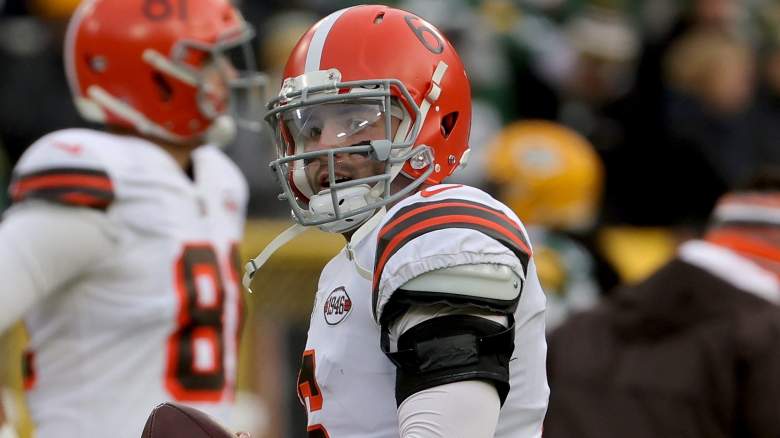 The Seattle Seahawks remain “high” interest in acquiring quarterback Baker Mayfield from Cleveland Browns and are open to offering the former top overall pick an extension, according to a new report.

While the Seahawks’ interest in Mayfield has been controversial at times this offseason, CBS Sports’ Josina Anderson believes Seattle is still interested in making a splash for the Browns’ ousted QB.

“I’ve been told the Seahawks still have a vested interest in acquiring QB Baker Mayfield and are behind the scenes willing to extend him by contract.” She tweeted on Wednesday June 22nd. “I also know that the process of gathering information and intelligence about Mayfield is still ongoing.”

Mayfield has been in no man’s land since the Browns were traded for Deshaun Watson. Unwilling to take his full $18.9 million salary for next season, teams were tight on whether the Browns will take the bulk of that number or simply cut him.

But the idea of ​​extending Mayfield beyond the only year he has left on his contract is a new premise for a trade. It could lead Mayfield to take less for this year with the idea that he would have a clearer picture of his future. But what that would look like for a QB coming off a bad year with no leverage is the question.

Mayfield completed 60.5% of his passes for 3,010 yards, 17 touchdowns and 13 interceptions last season. He underwent surgery on a torn labrum in his non-throwing shoulder this offseason but is expected to be ready to roll for training camp.

The Seahawks currently have Drew Lock and Geno Smith fighting for the starting QB spot. Smith — a second-round pick in the 2013 draft — is considered the leader in the clubhouse for the role. He filled in last year when Russell Wilson was injured and went 1-2, averaging just 26 passing attempts and 190 passing yards per game.

Lock was a Broncos second-round pick in 2019 but never found footing in Denver. He’s 8-13 as a starter in the NFL and averaging 197.5 yards per game.

While their quarterback situation seems far from secure, veteran Seahawks skipper Pete Carroll has claimed he likes what’s available to him.

“They were really impressive,” Carroll said, per ESPN. “And it wasn’t just any sequence here or one day here. They were just solid throughout. We shared a lot of reps. Geno played with the first group all along, but they consistently had near-equal reps on situational occasions. … You’ve done a great job so far. You look controlled.

“Geno is still ahead – you can tell – but it won’t be too much for Drew to be caught up. When we get through the camp, he’ll be there. He’s really bright. It makes sense to him. He’s really sharp on the huddle and the line of scrimmage and all that, so it’s just time he needs.

While the market has been slow for Mayfield, Seattle isn’t the only team in the mix. The Panthers are also reveling in the idea of ​​adding Mayfield as they continue to see their situation with Sam Darnold and rookie Matt Corral develop.

A healthy Mayfield should be an upgrade over Darnold, who rushed for 2,527 yards, nine touchdowns and 13 interceptions in 12 games with the Panthers last season as the team finished 5-12. Carolina said they are open to upgrading at any position if the opportunity arises.

“If we can make a significant improvement at every position, then we absolutely should,” Rhule told reporters as the Panthers wrapped up minicamp on Thursday, June 16. “But we can also make a lot of improvements if our guys play better this year than they’ve done in the past and I like where he’s going.”