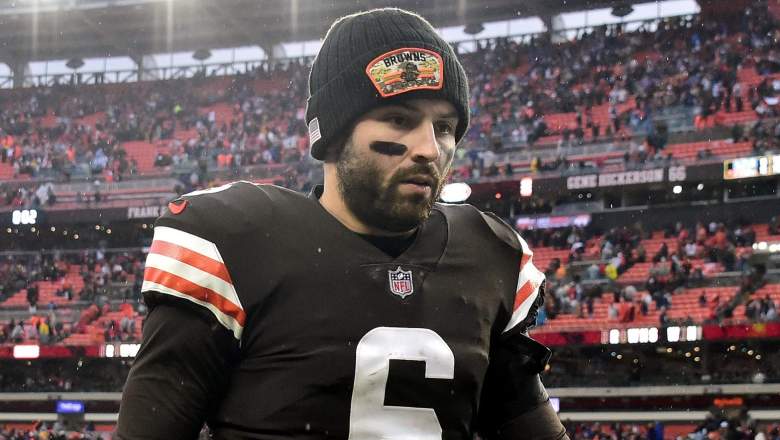 The Carolina Panthers have been linked to displaced Cleveland Browns quarterback Baker Mayfield multiple times this offseason but are now being urged to pull the trigger on a deal.

The market for Mayfield has been a tough one, mostly because of his $18.9 million salary for next season. On top of that, the Browns have little to no leverage to make a deal, with teams around the league waiting and hoping they’ll eventually cut him or concede to eat a significant chunk of Mayfield’s salary.

The Panthers have been firmly in the mix, although Carolina has seemingly been hot and cold on the former top overall pick. Marc Sessler of NFL.com thinks the Panthers need to make a deal as soon as possible for Mayfield to replace Sam Darnold and give rookie Matt Corral some time to adjust to the NFL. Here’s what Sessler had to say:

There’s nothing Mayfield would like more than facing the Browns out of the gate to begin the year. After all, his relationship with the Browns did not end amicably, with the QB saying he felt disrespected for how the team went about pursuing Deshaun Watson.

“Yeah the respect thing is all going to be a personal thing, but yeah, I feel disrespected. 100 percent,” Mayfield said on the “YNK: you know what I mean?” Podcast in April. “I was told one thing, and they completely did another. That’s what I’m in the middle of now.”

While it appears the relationship between Mayfield and the Browns is completely severed, there are some who believe he could still end up starting games for the franchise if Watson is handed a lengthy suspension. A prominent insider who has floated that idea is Ian Rapoport of NFL Network.

“If there’s a lengthy suspension, it makes sense for everyone to bury the thing, for him to go out and start and maybe do well and get traded midseason,” Rapoport said on the Pat McAfee Show on May 16. “It benefits everyone if they can get past the feelings part of this.”

Watson’s situation is still up in the air but it appears it’s coming to a close, with the NFL investigators meeting with the quarterback in Texas this week.