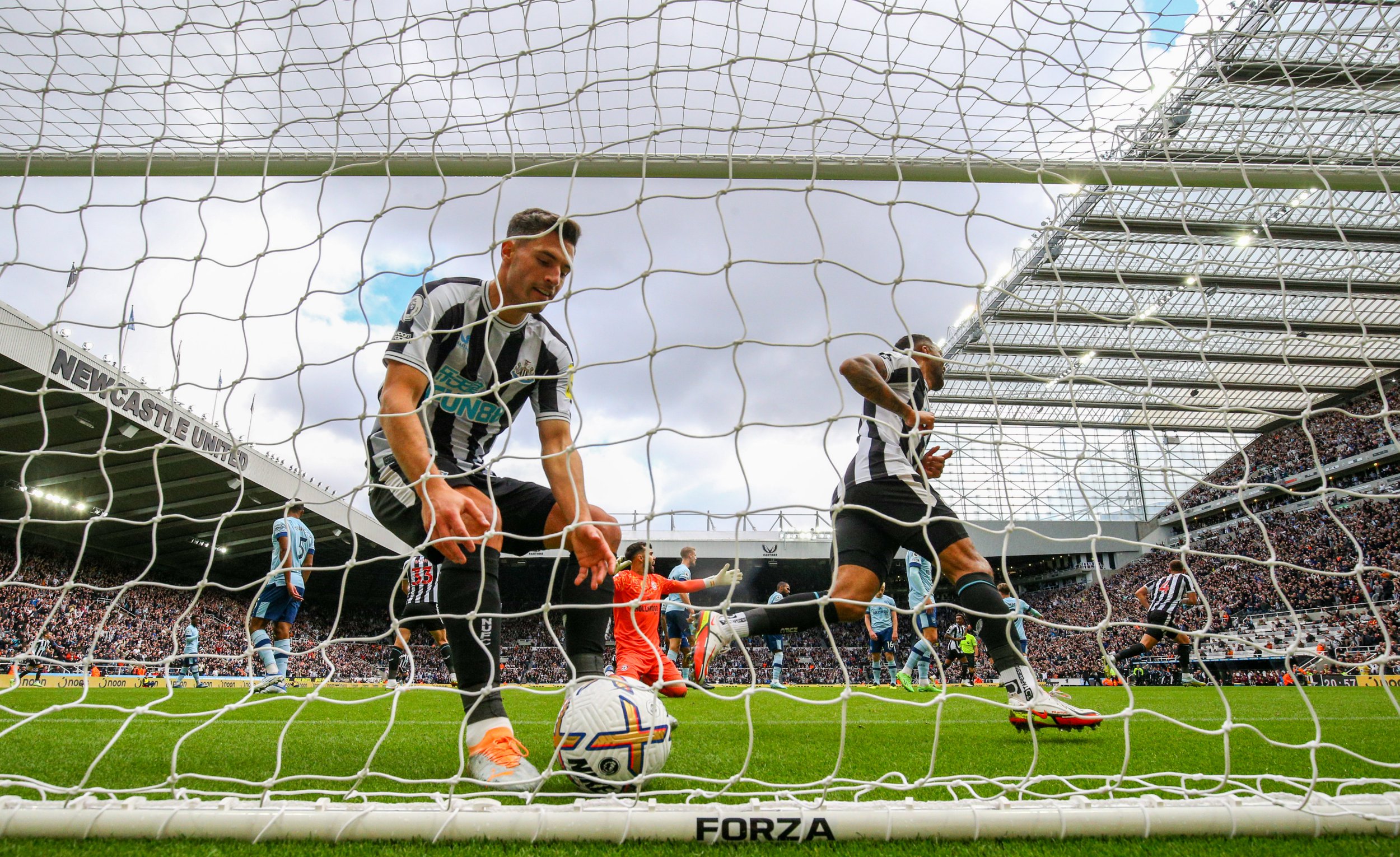 Newcastle United CEO Darren Eales says the club is likely to look into Saudi sponsors linked to the majority owners of the Public Investment Fund as he admits their high ambitions for Premier League and European honours struggle depends on increasing commercial revenues.

Eales recently joined St James’ Park after impressing at Atlanta United, the MLS club he built from the ground up into a huge player across the Atlantic. His job is the club’s overall strategy and in a lengthy initial briefing with journalists he outlined the importance of increasing the club’s meager commercial revenues to help them escape the constraints of financial fair play.

Eales also said the club wanted to remain in its current home and are in talks with council, which will eventually focus on a possible expansion of its current capacity of 52,000.

And he confirmed that naming rights for the stadium are on the agenda, but promised to consult fans first.

“The reality is that we have some challenges [with Financial Fair Play]. I like to think there are opportunities and that helps direct our strategy,” he said of Newcastle’s first priorities.

“The reality is we’re not like Manchester City when they had the takeover, or even Chelsea. We don’t have a blank sheet of paper to just spend whatever you want on.

“There are regulations, so we have to get from A to B in a smart way. In a way, it’s not much different than building a club from scratch in Atlanta.”

The club will “absolutely” seek to capitalize on its links with Saudi Arabia and PIF’s business portfolio, Eales said.

Since the takeover, Premier League rivals have agreed on a series of “fair market value” rules to discourage excessive sponsorship deals. But the Newcastle CEO doesn’t think that will be a problem.

“Absolutely [we will look at Saudi sponsors]. It would make sense in terms of some of the doors PIF could open.

“They invest in a number of countries around the world. I also think if you look at a country like Saudi Arabia with a young population of 36 million and growing, football is the number one sport and there is a certain natural affinity there in terms of the commercial value of a connection with Newcastle .”

Eales’ energy will certainly help Newcastle. He has spent the first seven weeks meeting with stakeholders around town, including Brendan Foster, to talk about closer ties between the club and the Great North Run. He has also toured the various departments of the club, working closely with Dan Ashworth and Eddie Howe.

It is a club with towering ambitions but also great challenges to attract rivals who have invested more and are challenging from a position of power.

“We’re in a situation where we really have to go full throttle with our signings,” he admits.

“We’re not in a situation where the revenue is so high that we can go wrong on a big transfer.

“That means we have more pressure. If we want to get there as quickly as possible, we have to get every single transfer right and every decision right.

“That’s the tricky thing compared to before (before FFP) where you could sign multiple players and if a few didn’t work out it wouldn’t be the end of the world. We can’t afford that.”

There is talk on Tyneside of being bold and looking for ‘innovative’ solutions. A stadium that’s perpetually sold out and now has a season ticket waiting list of thousands could also be seen as a challenge – although Eales says they will remain at St James’ Park.

They are looking for ways to expand a stadium that is lined on one side with listed buildings, making expansion on the current site very difficult. But its unique inner-city location – surrounded by more than a hundred pubs – makes it irreplaceable for Eales.

“This is where we want to be. I think the question is, ‘How are we trying to make it work?'” he said.

“It’s a fantastic place for us, a fantastic stadium, but it’s something we need to look at.

“But it’s ‘champagne problems,’ that’s the beauty of it.”