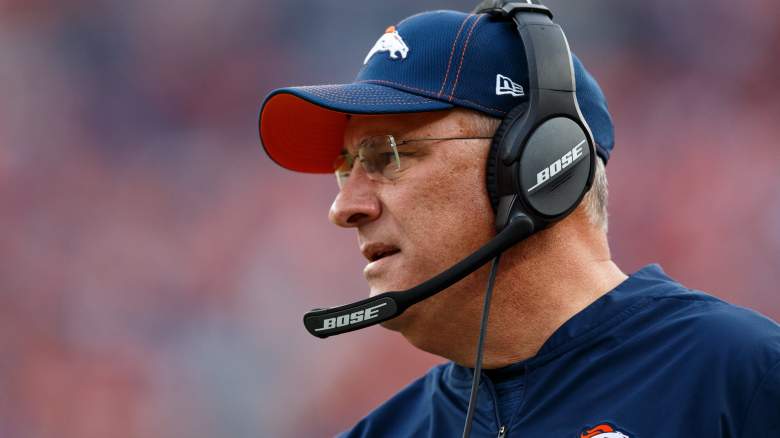 Two days after Nick Sirianni’s vocal and passionate support for Jonathan Gannon, the talented defensive coordinator has surfaced in a new job rumour.

The Houston Texans were already hot on Gannon’s heels along with 49ers defensive coordinator DeMeco Ryans, but another team is expected to attack Sirianni’s top assistant. Sports Illustrated’s Albert Breer reported that the Arizona Cardinals are now in the game after the franchise hired Monti Ossenfort as its new general manager. The move has reset the search for the head coach, according to Breer.

Not surprisingly, Gannon’s name appears there. He’s mentioned in almost every head coaching rumor. Football executives love his youthful energy and demeanor in interviews, and Gannon’s players love playing for him.

Though Ossenfort has never worked on the same staff or in the same front office, it’s likely he crossed paths with Gannon in 2009 or 2010 when both men served as scouts. (Ossenfort with the Patriots; Gannon with the Rams).

Meanwhile, Breer believes the Eagles would make an “aggressive play” for Vic Fangio if Gannon leaves the nest. It would be a logical move to make Fangio — the former head coach of the Denver Broncos (2019-21) — defensive coordinator, considering he’s served as a semi-secret “defensive advisor” in Philly all year.

Someone asked Nick Sirianni to assess the performance of the Eagles defense following Saturday night’s win. He began his response by mentioning how many points the Giants had scored, only seven, and then threw the spotlight on Gannon.

“This guy is an incredible coordinator,” Sirianni said. “People love playing for this guy. Listen, do you want me to continue?”

“Because of what he’s doing, he’s going to be the head coach in the National Football League. This guy is a stud. He’s a stallion.”

Sirianni looked to raise the profile of another trusted assistant on Monday when he called out defensive backs coach Dennard Wilson. He was key to keeping Philly’s secondary elite alive despite injuries to CJ Gardner-Johnson and Avonte Maddox. Wilson seamlessly integrated the boys and even improved the games of Pro Bowlers Darius Slay and James Bradberry.

“He’s just a great leader of men and he has the ability to bring a group together,” Sirianni said. “I consider Coach Dennard to be a really good offensive line coach where you have to get them all together. You all have to play as a unit and that’s a really important position to make sure you do that and Dennard is really good at that.

Sirianni also praised Wilson’s right-hand man, DK McDonald, the assistant defender. If the Eagles wanted to keep it all in-house, there’s a very good chance Wilson would be promoted to defensive coordinator and McDonald to defensive backs coach when Gannon gets a job as head coach.

Sirianni added, “One cannot say enough about the coaching they have received from Dennard and DK.”

‘AGT: All Stars 2023’: Cristina Rae confident of qualifying despite doubts from Howie Mandel

‘AGT: All Stars 2023’: Cristina Rae confident of qualifying despite doubts from Howie Mandel