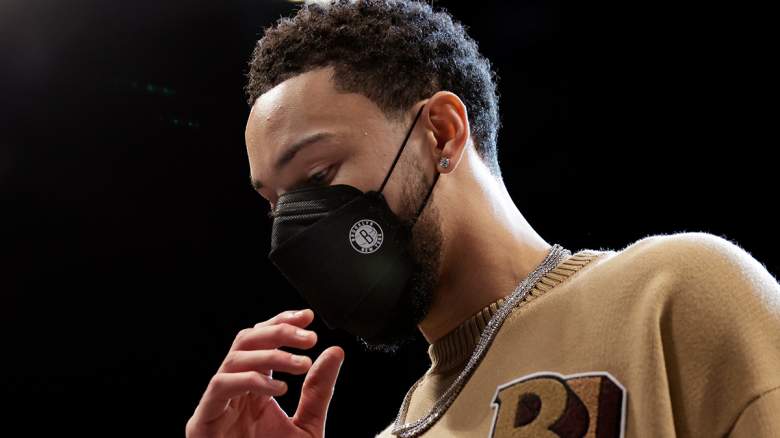 After trading James Harden for Ben Simmons, the expectation was that the Brooklyn Nets would be able to build more Big 3s, but those plans never materialized.

Simmons eventually never appeared in a game for the Nets and they were subsequently swept out of the playoffs by the Boston Celtics. It’s a disappointing end to a turbulent year that began with the Nets being viewed as genuine contenders for the championship.

There were many questions about Simmons and whether he actually wanted to play for the team. Things seemed headed for a playoff debut for him after missing all year, but Simmons had a back injury and never played.

Shortly after the end of the season he underwent surgery on his back and confirmed that there were still problems. Many analysts criticized him for not playing for his team, and ESPN’s Stephen A. Smith was perhaps the toughest of them all.

“No one is worse than Ben Simmons,” he said on April 25. “Ben Simmons might as well be the weakest, most pathetic apology for a professional athlete that we’ve ever seen, not just in American history, but in the history of sport.”

Now that he’s had surgery, there are some fans out there who believe the media was too hard on Simmons, and some are defending him. A Video by Twitter user The_DocHolliday says the media owes an apology to Simmons and calls out Stephen A., Shaquille O’Neal, Kendrick Perkins, Reggie Miller and more.

While Simmons didn’t say anything about the video himself, he retweeted it for his roughly one million followers to see, suggesting he agreed with the opinion.

The fan in the video explains that since Simmons has had surgery again, the media should change their minds.

“Are you going to apologize to that man?” he asks after rattling off a list of national media members who have challenged the Nets star. “Who literally has a bruised back that probably looks like he’s working out to come back to tease some people.”

Simmons has sparked a lot of goodwill from both the media and fans after spending the year with the Sixers, to the point that many of them didn’t even believe he was actually trying to play basketball again.

Given that he underwent surgery almost immediately after the end of the season, expect the Nets star to be ready to start early next year.

“Brooklyn Nets’ Ben Simmons is expected to take 3 to 4 months to fully recover from back surgery, sources tell ESPN.” said Adrian Wojnarowski. “The expectation is that he will be ready to return well before training camp.”

A trio of Simmons, Kevin Durant and Kyrie Irving would be very impressive provided they could all be on the pitch at the same time. The Nets will also have to spend a lot of time filling out the rest of their roster after they fizzled out in the playoffs. It’s going to be an important summer, to say the least.