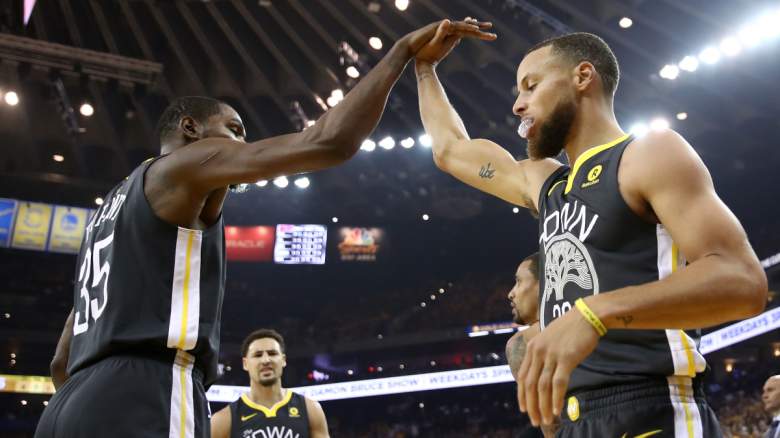 The Golden State Warriors and the Brooklyn Nets have been discussing a trade that would send Kevin Durant back to the Bay Area, but there are several roadblocks.

First, there are a handful of young players who want the Nets in any deal that the Dubs aren’t ready to part with just yet. Second, there are a few top-notch artists that Golden State might ship to Brooklyn that the Nets dismissed as inadequate “centerpieces” in a hypothetical Durant deal.

Zach Lowe and Kendra Andrews from ESPN delved deep into the Durant discussions between the Warriors and the Nets on Friday, July 22nd edition of the Lowe Post podcast. During their call, Lowe revealed that his sources within the Nets organization have made it clear that the franchise has serious concerns about Jordan Poole and Andrew Wiggins as the key win-now parts they are likely to earn in exchange for Durant’s return would receive to his old team.

“The information I have is that the Nets aren’t very high on Wiggins or Poole as a kind of centerpiece,” Lowe explained. “Then you get to the other guys who are relatively untried in the NBA. So I don’t know if there was ever actually a deal the Nets would have made. Obviously, if you are the warriors, you must explore it.”

Of the two, Poole would likely be seen as more of a prize for most teams when he’s 23 and only on his second contract after next season, unlike 27-year-old Wiggins, who will be seeking his third payday at the same time and will earn significantly more than Poole in the coming year.

Wiggins is essentially a necessity for any deal the Warriors might make for Durant, considering the team would need his $33.6 million salary in 2022-23 to balance finances.

Andrews, who covers the Warriors for ESPN, added that her sources within that organization said the team isn’t interested in selling all of its young talent to reunite Durant with the likes of Steph Curry, Klay Thompson and Draymond Green — a cast that looked invincible when healthy as they carried Golden State to three straight NBA Finals and won back-to-back titles in 2017 and 2018.

The personal obstacles to a trade for Durant on both the Warriors and Nets sides make an agreement unlikely.

And as if the hard evidence wasn’t enough, Golden State general manager Bob Myers spoke in thinly veiled language about the likelihood of acting for Durant while he was at last week’s ESPY, which was hosted by Curry and hosted on Wednesday, aired on July 20th.

“I like our team and where it stands. I want to give the guys a chance to do it again,” Myers told NBA.com’s Mark Medina. “It’s a good group. We are happy. It will be fun to watch. Last year we were really on the hunt. Now we are probably the hunted again, which I would not have thought possible. We will see. I think we can handle it.”