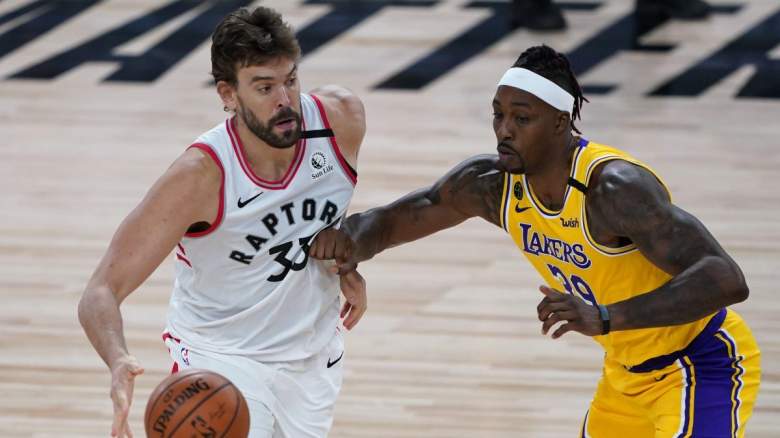 The Brooklyn Nets roster seems set. One of the latest updates we’ve received was on the potential starting lineup, reporting that Joe Harris will come off the bench for the Nets, despite being perfectly healthy after returning from injury. However, the Nets still have one glaring weakness on their roster at the big man position. It is known that the team is looking for answers in its central position.

They have been reported to be chasing Myles Turner in the trade market, and if they can’t acquire Turner from the Indiana Pacers, they could be chasing DeMarcus Cousins ​​​​and even Hassan Whiteside in free hands. One name that came up most often as a possible future Net is free agent big man Dwight Howard.

Howard has been linked to Brooklyn in free-agent rumors since the beginning of the summer before the status of Kevin Durant’s future in the borough was revealed. Howard has even confirmed to a Nets insider that he would be interested in joining the Nets next season.

The five-time All-Star center was mentioned again as a potential free-agent target for the Nets in a Sept. 21 article by Alex Schiffer the athlete. After ranking where the nets stand in each of their positions, the groups mentioned that the big man is a potential spot for improvement.

“One way to add value to the frontcourt is with veteran free agent Dwight Howard. Howard, now 36, wanted to become a Net almost 10 years ago when he was about to leave Orlando and the franchise moved to Brooklyn. He has served as a reserve center for the past few seasons and knows Nash from their time together as lakers. If the Nets want more paint experience, Howard might be the best choice.” Schiffer wrote.

When Howard’s name was linked to the Nets, NBA insider Brandon ‘Scoop B’ Robinson went straight to the source and asked the big All-Star man if he’d be interested in signing with Brooklyn, to which Howard was quick to exclaim, ” Yes I am, [I] would love it” Robinson tweeted.

Howard has been a solid backup center again for the Lakers despite a poor season in Los Angeles. The big man averaged over 6 points and nearly 6 rebounds per game in his 18th NBA season, proving he can still contribute at both ends when challenged. Could he be the answer for the nets in the center?

On the September 15 episode of The Crossover Podcast Along with Chris Mannix and Howard Beck, Howard was named as the only veteran that makes sense on this Nets team. Howard was cited as a perfect fit. The team brought in Markieff Morris for his veteran presence to stand up to both Kyrie Irving and Durant. Perhaps Howard, coming from the same Lakers team as Morris, could be an additional influence on the Brooklyn bench.