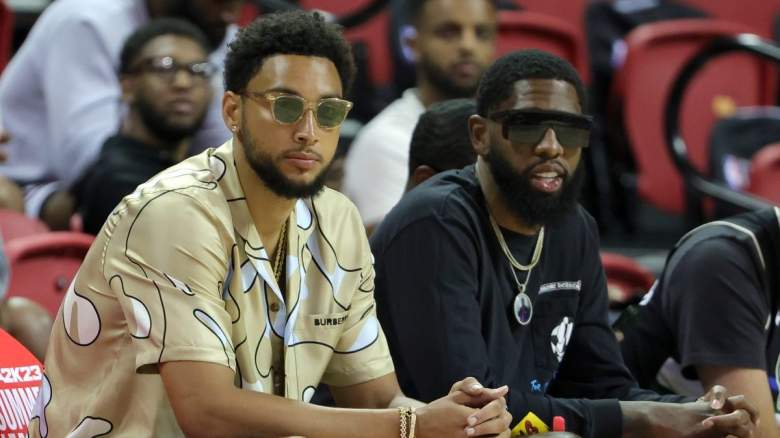 The future of Kyrie Irving and the Brooklyn Nets has been a bit bleak this offseason. It was unclear what was going on between the two sides at any given point in time. Brooklyn was unwilling to grant Irving a long-term extension due to concerns that had developed during his time with the Nets, especially after his stance on the COVID-19 vaccine, which resulted in him missing several key games for the franchise missed. Irving has gone back and forth between joining the Los Angeles Lakers to reunite with LeBron James this offseason, or reporting he never wanted to leave Brooklyn. Irving eventually settled on the last remaining year of his player option in Brooklyn.

It has been reported that the Nets have been so done with the drama Irving brings that they have considered using the stretch and waive provision to rid themselves of Kyrie for his final season in Brooklyn. They have also been locked in constant trade talks with the Los Angeles Lakers to get away from the star.

However, recent updates with Irving were that the star was in a “good place and comfortable‘ with the franchise and could return to Brooklyn next season. The networks also offered Irving support on their official social media accounts, sharing photos from Iriving’s All-Star game More Than A Run. Irving also received support from Net’s teammates at the game.

After an offseason filled with Irving and the Nets trade rumors, the point guard still had the support of his Nets teammates at the “More Than A Run” All-Star Game he hosted at Kean University in New Jersey. The game was attended by fellow Nets players Kessler Edwards, Royce O’Neale, David Duke Jr., Alondes Williams and RaiQuan Gray. After so much uncertainty, the players’ gesture bodes well for the Nets, especially if the point guard returns next season.

SNY’s Ian Begley hinted in a recent report that Irving believes he’ll be back in Brooklyn next season. “A source close to Irving said this week that the seven-time All-Star is in a good place with the Nets and feels comfortable heading into the 2022-23 season.” Begley wrote.

In the same report, Begley shared that if the Nets brought back Irving and Durant, they would have a pretty strong roster for next season.

“If the Nets bring Irving and Durant back, they’ll have one of the best teams in the Eastern Conference on paper. Irving, Durant Ben Simmons, Patty Mills, JoeHarris, Seth Curry and Nick Claxton and the Nets’ other returning players/signings make a strong roster.” Begley wrote.

After last season’s drama in Brooklyn and sloppy offseason, can the Nets have a solid season returning their core, or will it be messy? It’s difficult to say. Every season that Irving and Durant have been in Brooklyn has brought with it a certain level of drama. However, the support from new and old Nets teammates in the middle of the off-season is certainly an excellent sign.

Kyrie Irving and the Nets teammates at his All-Star game weren’t the only Nets reunion to feature recently. Kevin Durant, also reported as the most likely scenario for the 12-time All-Star’s return to Brooklyn next season, was spotted out and about in Los Angeles with a member of the Nets’ big three, Ben Simmons. Simmons and Durant were spotted out in LA with Los Angeles Lakers’ Anthony Davis. The footage was divided in one Tweet from Aug. 5 and could indicate that Durant is more open to a Nets return.