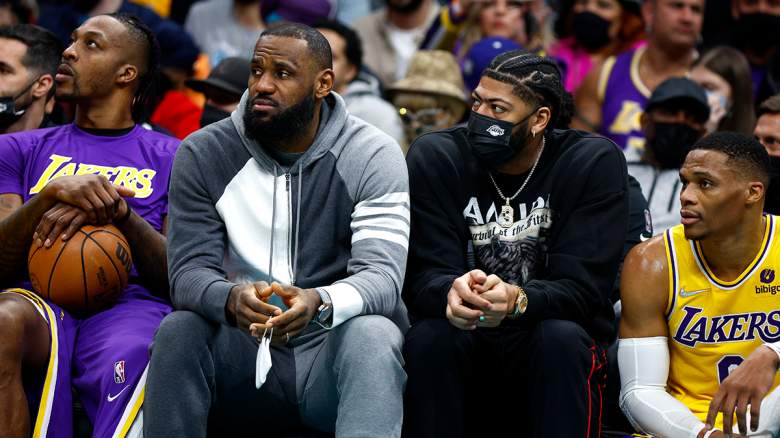 Teams have yet to report to NBA training camps, and there has already been a major reorganization in the Eastern Conference. On Sept. 20, ESPN NBA insider Adrian Wojnarowski reported that Boston Celtics rising star Robert Williams III would be sidelined for at least 4 to 6 weeks as he plans to undergo left knee surgery. Wojnarowski notes that in the absence of the Celtics’ big man, Boston will have a huge void to fill defensively.

“Averaging 10.0 points, 9.6 rebounds and 2.2 blocks, Williams was the anchor for a Celtics team that led the league in defensive efficiency,” Wojnarowski writes per ESPN. “According to ESPN Stats & Information, Williams held his opponents with 38.2% shots as the closest defender, the lowest among players who defended 500 shots.”

In William’s absence, the Celtics will need to find a defensive anchor that will at least act as a placeholder for the standout big man while he recovers from his procedure. Wojnarowski notes that the Celtics could target veteran free agent big man LaMarcus Aldridge or Dwight Howard, who were on the Nets’ radar earlier this summer.

“Boston has one roster spot left. There are still some veteran bigs out there. If they decide they want to add someone,” said Wojnarowski to Malika Andrews during an appearance on ESPN’s NBA Today.

“Dwight Howard is out there, LaMarcus Aldridge is out there — a player I’m told has shown a little interest this summer.”

The Nets and Celtics have picked a rather awkward time to need a big man in their respective rosters. The NBA offseason has reached the point where the number of good players in the market is extremely scarce as most teams are just days away from the opening of NBA training camp.

But Howard could be a home run signing for both teams. While he may not be the player he was at his peak, Howard still has the tools to be a defensive anchor. Earlier this summer, Bally Sports’ Brandon “Scoop B” Robinson reported that Howard and the Nets had a common interest.

“Dwight Howard’s name has recently been mentioned in blogs as a potential Brooklyn Nets signer for the offseason.” Robinson tweeted on July 26.

“I asked him if he was interested in the Nets. His answer to [Bally Sports] was: “Yes, that’s me, [I] would love it.” Howard is an NBA Champion and an eight-time All-Star.”

The Nets will come out this year looking for revenge after a disappointing end to last season. For those who might be late to the party, after entering the season as an unaffordable NBA title favorite, Brooklyn was swept by the Boston Celtics in the first round.

The loss must have left a bitter taste in the Nets’ mouths. However, their star point guard Kyrie Irving said it was something Brooklyn “needed” to be swept by his former team.

“It was meant to be, motivation, brother. We need it. We needed that humbling experience, especially against the Celtics. It was already built in to be this match-up. So we will see her again. We have to,” Irving said KaiCenat, YourRage, and Bruce Rayon the Twitch stream “The Boyz Night” on September 19th.

“They’ll be where they’ll be, but those young people over in Boston, brother, I need to see them grow up. So to see how they did what they did on the finals stage last year and made it this far, I’m glad they had to go through us.”

With revenge on their minds, it will be interesting to see what the Nets’ roster looks like when they open training camp on September 27.

With revenge on their minds, it will be interesting to see what the Nets’ roster looks like when they open training camp on September 27.