Nelly talks about Celtics crowd: “It was deafening” 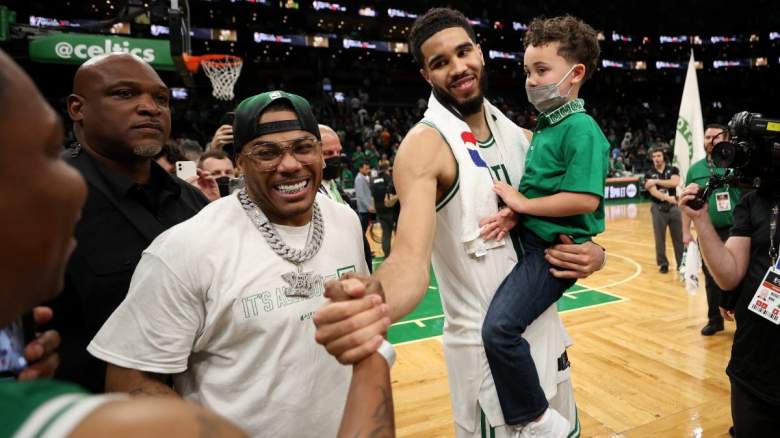 Much has been said about the Boston Celtics crowd following their participation in Game 3 of the NBA Finals against the Golden State Warriors.

While some took offense at how the TD Garden crowd treated Draymond Green, others have attributed it to being part of the Celtics experience. Boston is known as a wild sports city and its fans are some of the most passionate in the world, so don’t be shocked by their intensity.

On a recent episode of The Undisputed, rapper Nelly shared his experiences from game three, noting that the entire building was a wall of noise throughout the competition.

“Man, that was deafening. It was serious brother. It was serious… I wasn’t too far from Golden State and you could tell they heard it. You know, you see some teams that are probably used to it, used to getting it, and they shut it down a little bit.

But you could tell they heard it, man. It shook the floor, they let you know you’re in Boston. Draymond, they let you know they knew your name, probably your address, what car you were driving and you could just hear it, it was coming from every direction. They’re talking about one of the biggest sports cities in Boston, so they knew what their job was and they played it to the max,” Nelly told Skip Bayless.

A native of St. Louis, Nelly is one of Tatum’s idols, similar to Bradley Beal’s. They’re all from the same small town, and they all stand by each other, cheer on future achievements, and are there to help each other.

After the Celtics’ 116-100 win on June 8, Tatum was asked if Nelly would be in the crowd and performing at halftime, to which the three-time All-Star responded with a tribute to the Country Grammar star.

“Yes, that was big. That’s my type. I’ve known Nelly forever. He and my mom went to high school. He knows my dad. St. Louis is as big as this room, so we all know each other. Nelly’s gotta be like the most famous guy in St. Louis until I catch up,” Tatum told reporters after the game.

Since the middle of the Eastern Conference Finals against the Miami Heat, we’ve seen Tatum grab his shoulder after a contact. Thankfully, the All-NBA wing was able to weather the pain, and things didn’t look that debilitating after the initial flare-up.

Speaking to the media on June 9, Celtics head coach Ime Udoka shared some details about his star player’s shoulder, noting that the pain is short-lived but will likely continue to bother Tatum for the remainder of the postseason.

“Jayson, I think it’s a spike that flares up when hit the wrong way. I’m not sure if it has any bearing on him finishing. He still shoots the ball from 3. Only the first hit you saw him on – had to shoot some free throws after that, might be a little numb there. He shoots 3 seconds right after that, so I’m not sure if that prevents him from even finishing,” Udoka told reporters during his media presence on June 9.

Hopefully Tatum’s shoulder will heal during the offseason once a championship has been won or lost. But until then, we’ll likely see the St. Louis native break the pain barrier as he attempts to bring a championship to Boston for the first time since 2008.