NBA mailbag: Will Al Horford be a Forever Celtic? 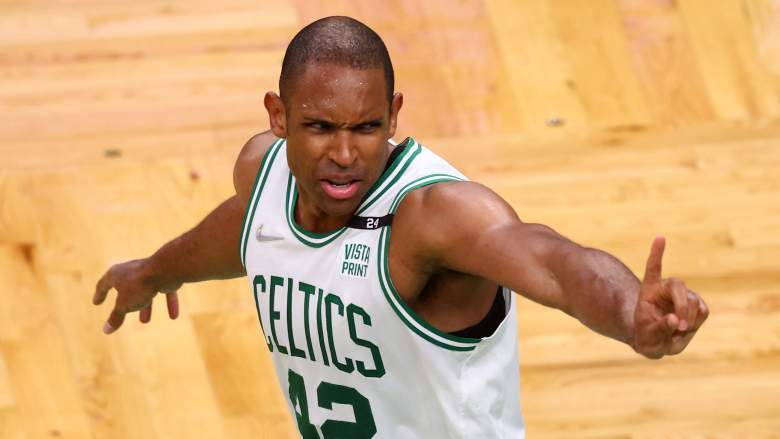 Welcome to the first of a regular NBA Mailbag feature here at Heavy Sports.

Insider Steve Bulpett will answer your questions — ones pertaining to current league issues, and even some offbeat perspectives and opinions from his 37 years of reporting on the NBA. (Want to know which former league city he misses the most? Want to learn about the Celtics’ first-ever trip to Sacramento?)

We’ll try to tackle everything here in the heavy mailbag.

Leave your questions in the comments below or email them to sean.deveney@heavy.com. Also, join the thousands of fans following @HeavyOnSports Twitter and Instagram to see some of your questions answered live!

We’ve heard a lot about rival owners being mad at Joe Lacob because the Warriors are spending so much on payroll and luxury taxes, but we also know that some owners are very competitive. After the Warriors won another title with a monster payroll and tax, do you think more owners might be willing to delve deeper into the luxury tax if they think a title is within reach? — Nate D., Rochester, NY

I’m not sure how many teams are motivated more by proximity to a championship than by what they believe to be sound financial practices, but there’s certainly evidence for the former in relation to the Celtics. After keeping a close eye on the bottom line to avoid the onerous repeat tax, the Celts came within two wins of the 2022 title and opened up their wallet (and their tax bill, which sit at about $50 million will when the squad is complete). this off-season to get to their 18th banner.

With no truly prohibitive favorites at the top of any conference, teams are enticed to spend what they need to stay competitive and outperform the field. But those decisions are made by each club’s basketball operations staff — and then by the owner, who looks at the bottom line and decides whether to green-light the investment. Some will be more willing than others.

I think the more interesting point here is one alluded to in your first sentence. In fact, some owners might be angry with the Warriors and other tax teams for spending so much and potentially changing the balance of power on the court. But I can say bluntly that owners who pay the high fees now and in the past may be even more resentful at those teams that accept payouts from the tax pool and don’t reinvest in their own payroll – and then complain at those who who spend over the limit.

One owner told me he wanted the NBA to require teams to put that money back into their rosters to help grow the league. “You shouldn’t just pocket the money,” he said.

I spoke to another taxpaying owner about a critical colleague who bluntly replied, “He didn’t complain when he cashed our check.”

Will Al Horford stay in Boston for the rest of his career? — Jack S., Boston

Horford really didn’t want to leave Boston the first time, but Kyrie Irving was about to leave (in an interview before the start of the 2019/20 season, Al told me he would have looked at things differently had he known that Kemba Walker would come) and there was uncertainty at the Celtics.

It was widely expected that Horford would end his contract last year and sign with Boston for a longer period. But when Philadelphia came in with big money, a chance to play alongside Joel Embiid and what seemed like a great opportunity to fight for a title, he moved on. Horford didn’t like being beaten up inside and the idea of ​​Embiid drawing the bigger opponents was appealing.

Things were obviously not going well there, and after a sabbatical in Oklahoma City, Horford returned to Boston and was a crucial part of the Celts’ run to the Finals.

At 36, long-term career predictions are foolish. But as he enters the final year of his current contract, one has to believe the Celtics would like him as long as salary expectations are reasonable.

Any chance the Bulls will make another move before the season starts? — Ryan S, North Carolina

The Bulls never really got a chance to see what their best rotation could do for a consistent stretch in the playoffs, but when you look at where they are now compared to the clubs expected to be at the top in the Eastern Conference, it’s hard to see they’re a Finals contender if he doesn’t move. You would have to think that they will recognize that and try to do something.

Do the Heat have enough to reach the finals as they are? If they can’t get Donovan Mitchell or Durant, what are their options? — Gina C, California

From what I keep hearing, Miami is trying hard to make a meaningful move, but it might be forced to get creative by bringing in one or more additional teams to execute the desired transaction(s). .

The Heat’s party line is that they’re happy with their team, and it’s hard to argue with that too much. After all, Miami had the best record in the Eastern Conference last season, and it went into Game 7 of the Conference Finals before losing to Boston. And while the loss of PJ Tucker (after Philadelphia as a free agent) will hurt, having Victor Oladipo ready from the start (he didn’t play until March) could be a big boost.

Unless the Heat can’t get Durant or Mitchell, it’s hard to see another big player on the horizon. But with Jimmy Butler, Bam Adebayo and the others, a little more size might be enough to keep them in the discussion.

At 36, long-term career predictions are foolish. But as he enters the final year of his current contract, one has to believe the Celtics would like him as long as salary expectations are reasonable.