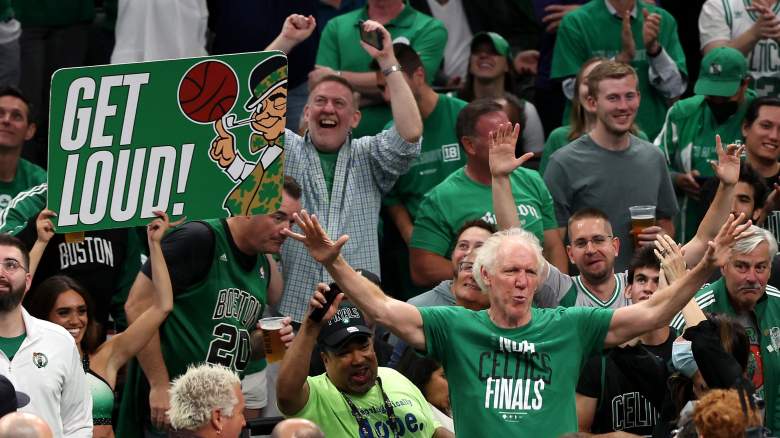 The Golden State Warriors were upset by the behavior of some Boston Celtics fans at TD Garden in Game 3 of the NBA Finals, who complained of vulgar chanting and profanity aimed at players. NBA Commissioner Adam Silver doesn’t seem to share their concerns.

Speaking about reports of misbehaved Celtics fans this week, Silver said he wished they had been more respectful but ultimately left the issue alone – even praising the Boston fans.

After the Celtics defeated the Warriors 116-100 in Game 3, some Golden State players took notice of the Celtics crowd’s hostile language. Warriors guard Klay Thompson called out fans but insisted their behavior had no impact on the game.

Draymond Green agreed that the fans’ bad language didn’t worry the Warriors team, but his wife spoke out more forcefully against the fans.

“Warriors fans would NEVER do that!!” Hazel Renee wrote in an Instagram message, noting that the NBA has a code of conduct for fans. “My kids were at the game tonight and heard this mess! Very disgusting of you little Celtics fans. Just shameful!”

Silver fixed the problem with WCVBs Peter Eliopoulos, who asked about the complaints made by some members of the Warriors after Game 3. Silver said he wished fans had been more respectful, but he didn’t join the Warriors in condemning their behavior. He even praised them, saying he loves the energy of the Boston fans.

“I want the fans to enjoy themselves,” said Silver. “Of course you want the league office to do it with respect for all participants, but I get it. I love the energy the Boston fans bring to the game.”

The series has already had its share of heated moments, with Green being caught up in many of them. After getting into a series of spats on the pitch with members of the Celtics early in Game 2, Green became the target of Anna Horford, sister of Celtics big man Al Horford. She accepted Twitter accusing both Green and Warriors guard Jordan Poole of dirty play.

Green was also the primary target of hostility from Boston’s fans in Game 3. The show caught them chanting profanity at him at various points during the game.

Defending the Boston fans, Anna Horford said it’s a normal part of the game for the players to hear the choice language of the crowd.

“People try so hard to smear the Boston fanbase when our fans’ behavior is pretty much comparable to almost every other team in the NBA.” Horford tweeted. “Passion is everywhere. Vulgarity is everywhere. Like it or not, it’s part of the game – it always has been.”

The Celtics and Warriors return to TD Garden for Game 4 on Friday night, where the Warriors will attempt to level the series before returning to San Francisco.