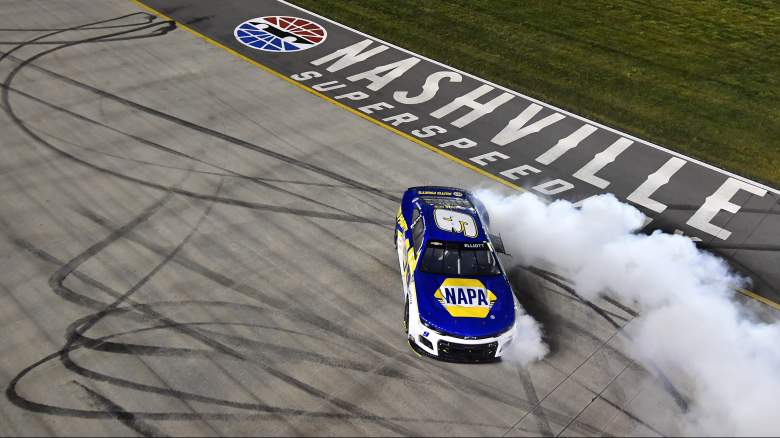 On November 15, news broke that Nashville Superspeedway President Erik Moses was stepping down from his role to become Executive Director of the Fiesta Bowl. Now Speedway Motorsports has named his successor ahead of the 2023 NASCAR season.

Industry executive Matt Greci has been promoted to senior vice president and general manager of Nashville Superspeedway, according to an SMI press release. He will take over on December 2 when Moses assumes his new role. This move marks another step in Greci’s journey, which began with an internship.

“Matt began as an intern at Charlotte Motor Speedway and through hard work and dedication, successfully progressed through a variety of positions before becoming Vice President of Events at Charlotte and then Vice President of Events and Operations at Nashville Superspeedway. We look forward to supporting Matt and our Nashville Superspeedway team as we head into the 2023 Ally 400 NASCAR race weekend and continue the commitment Erik has built to the fans and community.”

Greci began his tenure with Speedway Motorsports at Charlotte Motor Speedway and spent nearly 16 years on the track while filling a variety of roles. That includes him becoming vice president for events.

Once the transaction was complete, Greci packed up and relocated from Charlotte to Middle Tennessee. He worked with Moses during the 2022 Ally 400 before eventually landing that final promotion.

“When I first started at Speedway Motorsports as an intern, I never imagined having the opportunity to lead a team that was as passionate, dedicated and hard working for the fans as our staff at Nashville Superspeedway,” said Greci in a press release. “My family and I quickly fell in love with Nashville and already call this community ‘home.’

“I’ve been fortunate to have some great mentors within Speedway Motorsports and in the entertainment industry. They have helped me learn and grow both personally and professionally. I am honored to have the opportunity to take those lessons and build on the remarkable events at Nashville Superspeedway.”

Speedway Motorsports’ move provides a key element ahead of NASCAR’s annual trip to Nashville for the Champion’s Banquet. It also cements an important position ahead of the 2023 season.

The three national series will all be active during the June 23-25 ​​race weekend at Nashville Superspeedway. The Craftsman Truck Series will be the first on Friday, June 23rd. In the last two races, Ryan Preece won for David Gilliland Racing while competing in the limited Truck Series.

The action continues on Saturday, June 24 with the Xfinity Series. In the last two races there were different winners with Kyle Busch and Justin Allgaier. Busch has retired from the Xfinity series, but Allgaier will be back to defend his title.

The race weekend ends on Sunday 25th June. Cup Series drivers will compete in one of the numerous primetime races on the 2023 schedule at the 1.33 mile floodlit track.

There were two different winners in the first two races of the Cup Series at Nashville Superspeedway. Although both come from the same team. Kyle Larson won for Hendrick Motorsports in 2021 and then teammate Chase Elliott won in 2022.