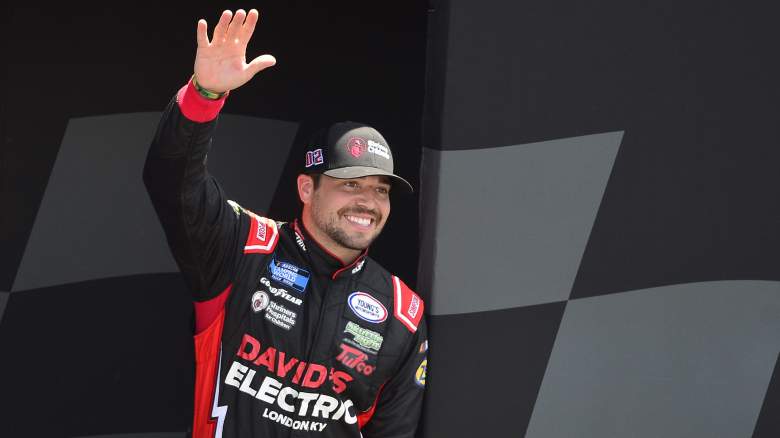 The Camping World Truck Series returns to Nashville Superspeedway on June 24 for a full weekend of racing. Former Nashville Predators star Mike Fisher and several Nashville companies will celebrate the event by collaborating with Jesse Little and Young’s Motorsports.

“We are very excited about the race and the opportunity to work with such an amazing group of people,” Fisher said in a press release. His company, Catchin’ Deers, will serve as the No. 02’s primary partner for the race and will have large logos on the hood of the Chevrolet Silverado and on the front of Little’s firefighter suit.

According to the press release, there were two main reasons for the new partnership. The first was to raise awareness of esports in the Nashville area while bringing these businesses together.

The second reason for the sponsorship was to raise money for Motor Racing Outreach, the non-profit organization serving the NASCAR community. Any amount of money in excess of what was needed to sponsor Little at Nashville Superspeedway would go directly to Motor Racing Outreach. The press release states that ahead of the June 24 Truck Series race, MRO received a donation of more than $20,000.

Little has his group of partners supporting him at Nashville Superspeedway and they have been able to support MRO. Now all the North Carolina veteran has to do is hit the 1.33-mile course and make his ninth start in the Truck Series this year. He has five top 20 finishes from eight starts, including a sixth place finish at Daytona International Speedway.

Race weekend at the Nashville Superspeedway will offer Little a unique opportunity. He will work with local businesses while running a tribute program for his father. His No. 02 Catchin’ Deers Chevrolet Silverado will have a green and yellow scheme that harks back to Chad Little’s John Deere scheme, which he has used for several seasons.

Chad then continued to present the company in the 1997 and 1998 seasons. He drove the #97 Ford Taurus for Jack Roush with John Deere as his primary partner. Chad didn’t make it to victory lane with the company, but he did have eight top 10 finishes and one top 5 overall. His best run was a second place finish behind teammate Mark Martin at Texas Motor Speedway.