NASCAR looks at the future of international racing 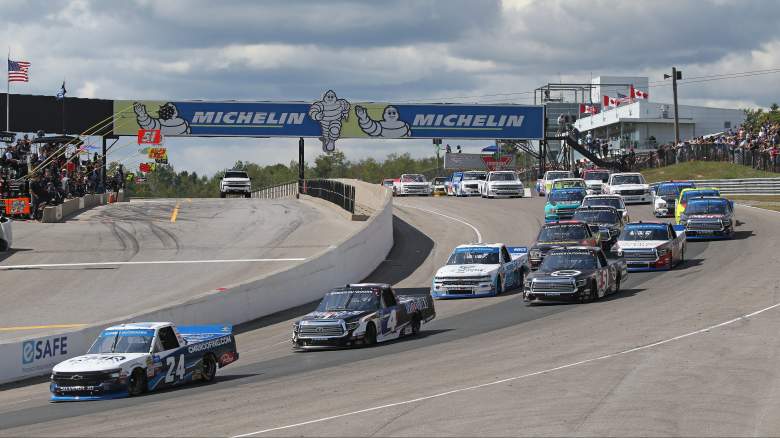 NASCAR has previously competed in international markets but has not done so since 2019 when Brett Moffitt won at Canadian Tire Motorsports Park. However, there are still plans to go both north and south in the future.

Ben Kennedy, SVP of Racing Development and Strategy, offered some comments on the future an appearance on SiriusXM NASCAR Radio. He spoke to host Dave Moody about the 2023 schedule, noting how uncertainty surrounding the possibility of going back and forth across the border played a role in Canada’s lack of racing.

“That sure is part of the factor,” Kennedy said. “But whether you’re thinking of Mexico north of the border or south of the border, those are two markets where we feel we should have some national series races in the future. I think we still need to work out exactly what that looks like and where that is.

“I’d say we’re going to look at what options we have in Canada over the next year or two. I’m trying to make a big splash and do something meaningful up there.”

There is a history of NASCAR moving north of the border to compete in Canada. Both the Xfinity Series and Truck Series drivers have made the journey on two separate tracks.

There is a scenario where one of these two series returns to Canada. No one knows when that will happen, but Kennedy’s comments suggest there could be several international races in the near future, appealing to audiences in both Canada and Mexico.

The future of international racing was not the only topic Kennedy discussed. He also took some time to address the Indianapolis Motor Speedway and whether the Cup Series will ever return to the oval configuration.

In the 2023 season, the drivers of the Cup Series and the Xfinity Series will once again be on the road. They will be looking to finish a race without controversy after crashes caused by braking and reckless movement at Turn 1 over the past two seasons.

Kennedy gave no indication of when the Cup Series will return to the Indianapolis Motor Speedway’s oval configuration. It won’t happen in 2023, but there’s a chance the return could happen in the following season. The facility’s owner, Roger Penske, even admitted in late July that 2024 could be the year.