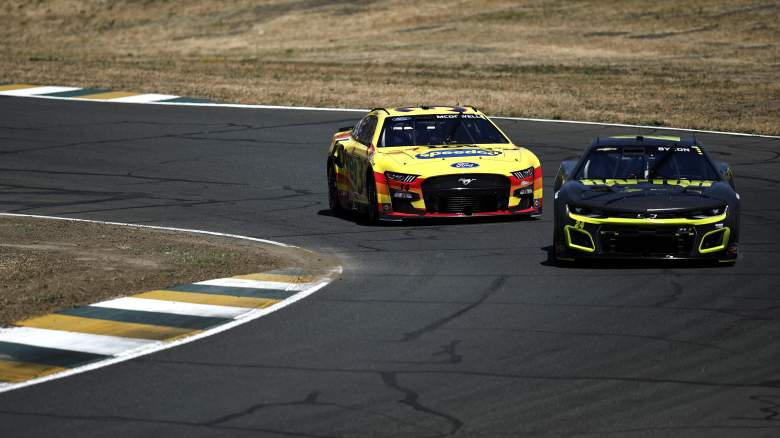 NASCAR decision makers are reviewing some moves that could shake up race weekends in 2023. Chief Operating Officer Steve O’Donnell said changes for training could be on the way.

O’Donnell made the comments during an appearance on SiriusXM NASCAR Radio. He said there’s an argument that “the race is actually better” when drivers show up and have little or no practice. He added that riders had pleaded for more practice so they could improve and become more competitive overall.

“You look at this year, you look at what we did to meet a little bit in the middle,” O’Donnell said during his performance. “It’s important for our TV partners and our fans to have something happening at the circuit, so this was a small compromise in terms of what we wanted to try to minimize the practice, have the qualifying show and then watch where we land

“That is definitely on the table to discuss with the industry. We have an owners meeting next week to get that going and see what we want to do by 2023 and what an event looks like.”

O’Donnell went on to say they want to put on a great race. However, he noted that another important aspect is that there should be enough “products” available at the track for fans to buy tickets and make the trips.

This format may not return in 2023. This will be a major talking point between NASCAR and its owners. However, the series will not go back to the old style either. O’Donnell clarified that in the future there will be no multiple training sessions in the week before the actual races.

The old style benefited experienced drivers like Kurt Busch and Kevin Harvick. They were able to collaborate with their team during the various sessions, taking extensive notes and making the necessary changes to bring them up to date and ready to compete for numerous wins each year.

The amount of training was a topic of conversation throughout the season. There are several riders who have expressed a desire to get more than 20 minutes so they can better prepare for each race. For comparison, Corey LaJoie said that regardless of practice time, there will still be issues for the drivers and teams.

Brad Keselowski, who is in his first season as a driver-owner for RFK Racing, offered yet another opinion. He explained that the shorter training sessions saved the team money in certain areas. However, they had to spend a considerable amount of time adapting to the new formats. Keselowski also said that more practice could potentially stem the spike in bookings and spins in the first 16 races of the next-gen era.

“I think we’ve probably saved a million or two in travel and put it all back into simulation and engineering to try to unload on the circuits and not blow out tires and still be fast and I guess that doesn’t work for anyone,” Keselowski said, transcript courtesy of NBC Sports. “It’s definitely time for a deep dive and a look back at the weekend schedules and the training and qualification formats.”