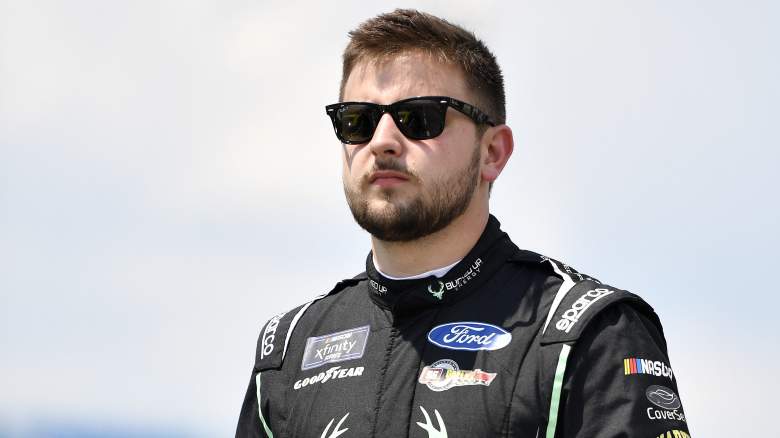 The #07 SS GreenLight Racing Ford Mustang will temporarily have a new driver, beginning with the Xfinity Series’ trip to Pocono Raceway. Joe Graf Jr. will take a temporary leave of absence due to a personal matter.

SS GreenLight Racing announced the news with a short statement. The team said Graf will be dealing with a private family matter that will force him to temporarily retire from the #07 Ford Mustang. Stewart-Haas Racing’s Cole Custer will serve as his backup if needed at Pocono and into the following week.

“While his absence should be brief, the SS GreenLight Racing team with Jeff Lefcourt is extremely appreciative and appreciative of our alliance with Stewart-Haas Racing, which will allow Cole Custer to compete at this weekend’s Pocono Mountains 225,” das said Team on July 19th.

Graf has started all but two races in 2022 for SS GreenLight Racing. He failed to qualify to race at Auto Club Speedway on February 26, so he switched to RSS Racing’s No. 38 for the event. He then joined BJ McLeod Motorsports for the July 2 trip to Road America.

Graf has finished in the top 10 in 18 Xfinity series starts this season. His best run was an eighth at Talladega Superspeedway when he started 24th and largely avoided the incidents that gripped 15 other drivers. Although Racing Reference lists him as involved in a seven car incident towards the end of the race.

Graf made 78 starts for SS GreenLight Racing during his Xfinity Series career. He has two top 10 finishes, both at Talladega Superspeedway. He finished tenth at the 2021 race before adding his second top 10 in 2022.

He also almost secured a third place finish in the last race of the Xfinity series. Graf finished 12th at New Hampshire Motor Speedway while his teammate David Starr finished 11th overall in the No. 08 grid.

The trip to Pocono Raceway will give Custer another No. Highlight 07 SS GreenLight Racing entry. He has already qualified for the team for three races in the Xfinity series and put in strong performances.

Custer’s first start was on February 26 at Auto Club Speedway. He took over the #07 Ford Mustang and showed speed early on. He qualified second overall and led 80 laps before entering victory lane. He secured the first win in SS GreenLight Racing history and started the year on a strong note.

Custer returned to the entry for road racing at the Circuit of the Americas (March 26) and Road America (July 2). He qualified on the front two rows in both races and finished third on the Texas street course. His day at Road America ended prematurely after a brake problem sent him into the wall.

Custer will now return to No. 07 at Pocono Raceway, a track where he has had success in the past. He has completed three starts in the tricky triangle and achieved three top 10 finishes with two pole wins. His last start was in 2019 when he started first, led 58 laps and finished the day in victory lane.