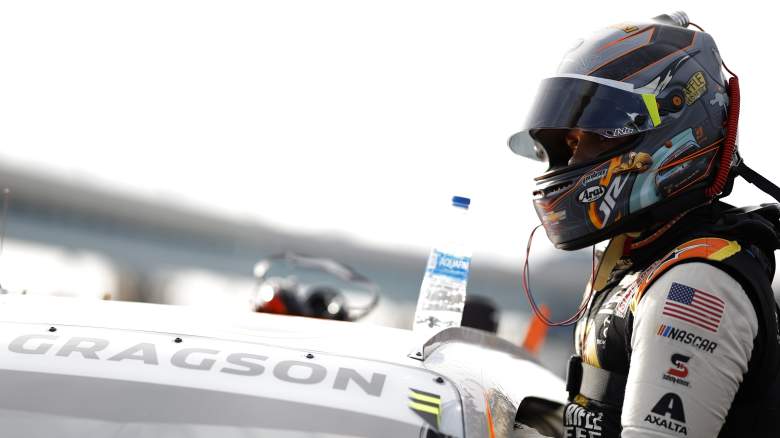 The stage is set for some intense points battles. NASCAR has revealed the current lineup of Rookie of the Year contenders for the Cup Series, Xfinity Series and Craftsman Truck Series.

NASCAR announced the news with a press release on Jan. 19. According to the information provided, Ty Gibbs and Noah Gragson will be the only drivers to qualify for the Cup Series Rookie of the Year title. They will continue their battle from the Xfinity series while racing for Joe Gibbs Racing and Legacy Motor Club respectively.

The Xfinity Series currently has two drivers qualifying for Rookie of the Year. Sammy Smith will be eligible while racing full-time for Joe Gibbs Racing. Parker Retzlaff is also eligible as he drives full-time for Jordan Anderson Racing.

The Craftsman Truck Series will have five drivers racing to win the prize. Daniel Dye and Rajah Caruth will represent GMS Racing while Jake Garcia and Bret Holmes will represent McAnally-Hilgemann Racing. Nick Sanchez will round out the list when he drives for Rev Racing.

One of the biggest questions heading into the 2023 Cup Series season centered on Gragson and Gibbs. Fans wanted to know if they would be eligible for Rookie of the Year after numerous starts.

Gibbs actually started 2022 with no scheduled Cup Series races. He only came into play after Kurt Busch suffered a concussion at Pocono Raceway. He ended the season as an injury substitute for 23XI Racing.

Gragson had a few events on his schedule for comparison. He joined Kaulig Racing for a part-time run with 14 races and a further four at Beard Motorsports. However, the situation changed after Alex Bowman suffered a concussion at Texas Motor Speedway.

Gragson made five starts for Hendrick Motorsports while Justin Allgaier picked up one of the starts from Beard Motorsports. AJ Allmendinger stepped in and ended Gragson’s part of Kaulig Racing’s schedule.

There were several names on the Rookie of the Year nominee list. However, the Xfinity series was missing one. No mention was made of Kaulig Racing driver Chandler Smith, who will take over the No. 16 Chevrolet Camaro.

There is a reason for this absence. Each team must compete driver by driver for Rookie of the Year eligibility. Without mentioning Smith’s name, it appears Kaulig Racing hasn’t officially applied yet. Once that process is complete, NASCAR will issue an update announcing whether Smith can compete for the prestigious award.