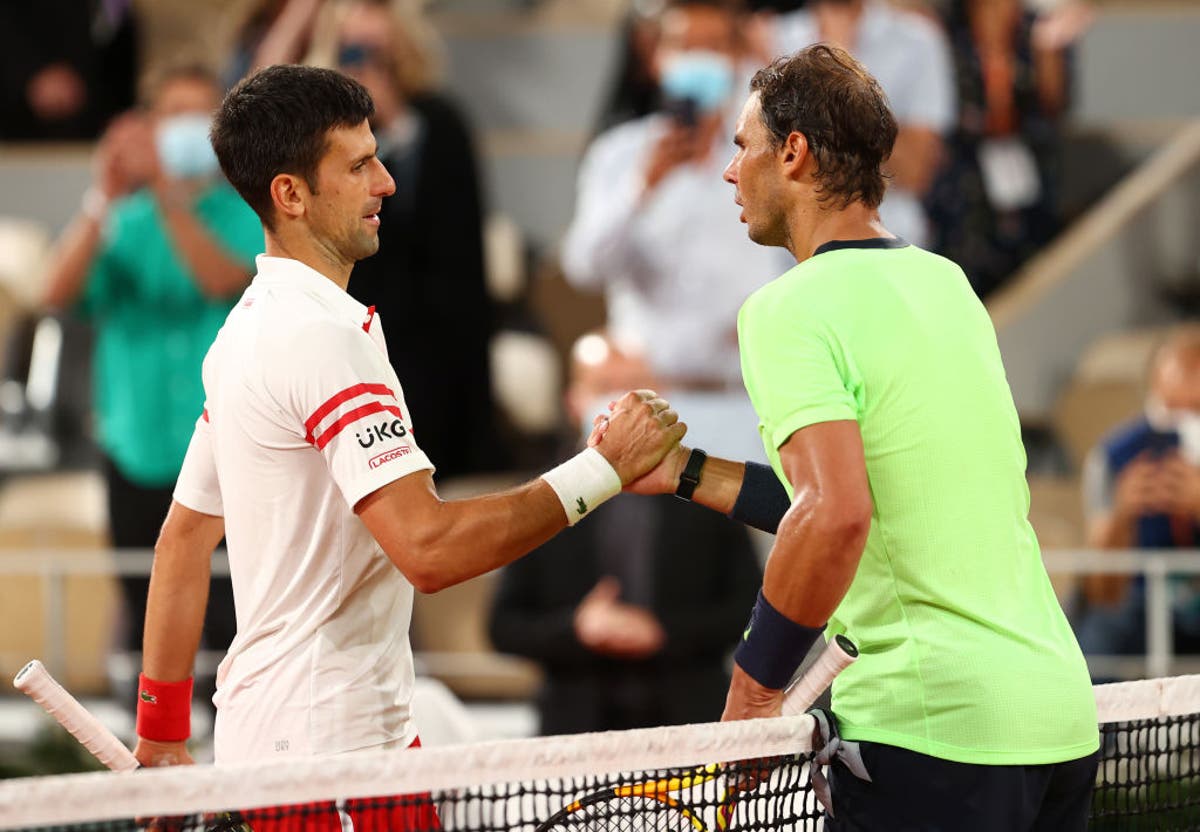 Novak Djokovic and Rafael Nadal could meet in the quarterfinals of the French Open.

The pair have won 15 of the last 17 titles at Roland Garros together, with Nadal winning 13 of those but losing to eventual champion Djokovic in last year’s semifinals.

They haven’t met this early in the quarterfinals of a Grand Slam since the French Open seven years ago, but Nadal has slipped back to world number five while entering the tournament with concerns about a chronic foot problem.

An unbalanced draw saw Carlos Alcaraz, widely regarded as Djokovic and Nadal’s most likely challenger, also place himself in the top half – along with Alexander Zverev – and is a potential semi-final opponent for either of the veterans.

The main beneficiary of the draw appeared to be last year’s runners-up Stefanos Tsitsipas, who joined second-seeded Daniil Medvedev in the bottom half.

Nadal, who will face Australian Jordan Thompson in the first round, could face ex-champion Stan Wawrinka in round two.

There were good draws for Britain’s top two hopes, with No. 12 Emma Raducanu making her Roland Garros debut against a qualifier, while No. 10 Cameron Norrie meets French wildcard Manuel Guinard.

Raducanu, who has shown encouraging form in her first professional games on clay, meets Angelique Kerber in the third round and Ons Jabeur in the last 16, sixth-placed Ons Jabeur.

World number one and hot favorite Iga Swiatek opens against a qualifier but could face former champion Simona Halep in the fourth round for the third time in four years.

Defending champion Barbora Krejcikova, who has not played since February due to an elbow injury, meets France’s Diane Parry, while Naomi Osaka got a tough opener against Amanda Anisimova, whom she lost to at the Australian Open in January.

Osaka is back at Roland Garros 12 months after being eliminated from the tournament after falling out over their appearances at press conferences and opening up about their mental health issues.

The action in the peloton begins in Paris on Sunday.