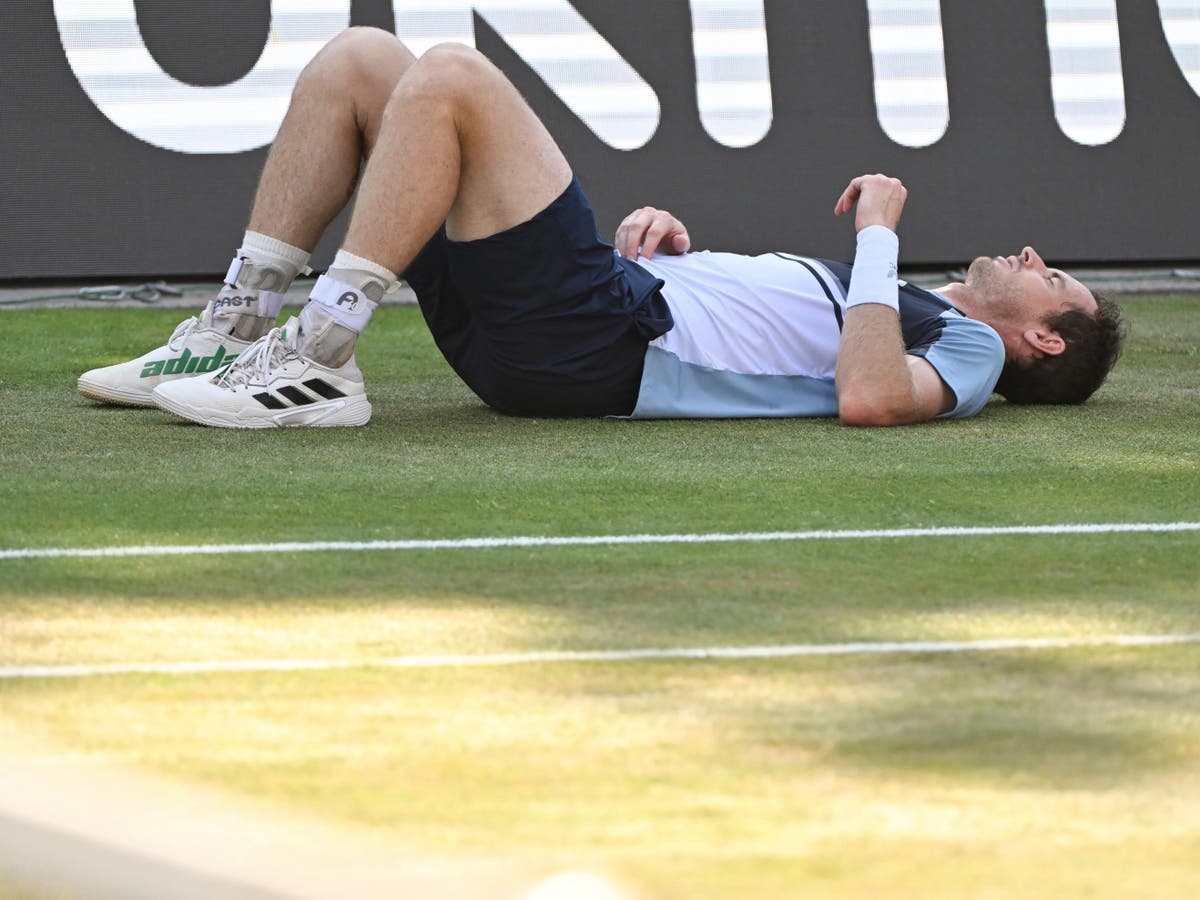 Andy Murray is crossing his fingers an injury sustained in his last defeat by Matteo Berrettini at the Stuttgart Open will not affect the remainder of his grass court campaign.

The two-time Wimbledon winner had made it to the final of a grass tournament for the first time since his second All England Club title in 2016, beating Stefanos Tsitsipas and Nick Kyrgios in the process.

He was looking to win his first title since 2019 but after forcing a crucial set he began to feel unwell and required treatment twice before succumbing to a 6-4, 5-7, 6-3 loss.

Murray appeared to point to his left hip area during conversations with the physical therapist, but later revealed it was abdominal pain that had been affecting him.

He said: “I had pains in my stomach when I was serving. Nothing I’ve had before. I’ll have to get it checked when I get home.

“Of course I played a lot of matches. That’s the most matches I’ve played in two weeks since probably 2016. That’s a really long time. It’s probably normal to feel something in my body, but I don’t really know how bad it is.

“Hopefully everything is all right. Some good wins of course, it’s been a good week but not in the way I wanted to end the week. I felt like I was playing well enough to win and I put myself in a really good position going into the third set, so a frustrating end to a good week.”

Murray called the physio after dropping serve to start the deciding set, then requested mid-game treatment at 2-4.

It seemed like the 35-year-old was deciding to retire but he kept fighting until the finish line when Berrettini broke for the second time in the set.

With just two weeks to go before Wimbledon and Murray set to play at the Queen’s Club next week, the Scot must hope this isn’t an issue that will sideline him again.

He had fought back very well to force a decider after losing serve in the third game of the game as Berrettini, playing in his first tournament since March after hand surgery, once again showed how well his game suited grass is.

Speaking in court, Murray said: “I’m sorry I couldn’t get across the line today but there’s been a lot of progress over the past few weeks. I’m looking forward to the future, I feel a lot better about my game. Hopefully my body will hold out for a while longer so I can keep playing matches like this.”

Despite the loss, Murray returns to the world top 50 for the first time in four years on Monday.

Tournament organizers, meanwhile, said they are investigating Kyrgios’ claims that he was racially abused from the stands during Saturday’s semifinals.

A statement said: “We have expressed our regrets to Nick Kyrgios and his team and have assured them that any form of discrimination is unacceptable. The incident is currently being investigated.”

The 25-year-old had never won a tour-level match before this week but smashed the top three seeds after beating Auger-Aliassime Medvedev, who returns to world no becomes. 6-4 6-1.

There was an upset in the women’s final as well, as seventh seed Ekaterina Alexandrova defeated top seed Aryna Sabalenka 7-5, 6-0.