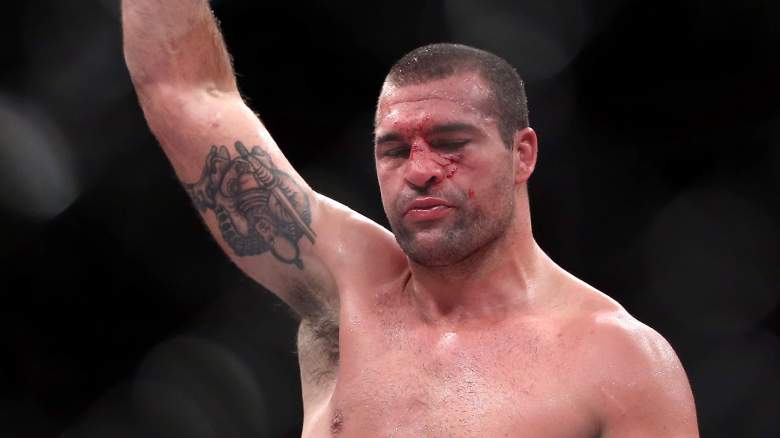 The 41-year-old legend, who was also the 2005 Pride Grand Prix middleweight champion, paid tribute to his compatriots at UFC 283 on Saturday night in Rio de Janeiro, Brazil. Unfortunately for Shogun, things didn’t go as planned in the fight as he was eliminated by Ihor Potieria via TKO in the first round.

Shogun won the 205-pound belt in 2010 when he defeated Lyoto Machida at UFC 113. Despite not being successful in his first title defense – Jon Jones defeated him by TKO in the third round in 2011 – Rua made 18 more Octagon appearances.

Check out some reactions from the MMA community.

“Shogun’s retirement is truly the end of an era in MMA,” said Mike Bohn MMA junkie tweeted. “He is the last fighter on the UFC roster to fight for PRIDE in Japan. The only remaining UFC fighters with PRIDE experience are Nick Diaz and Robbie Lawler, both of whom once fought for promotion and are on his US cards.”

Former two-division UFC champion Henry Cejudo tweeted“Shogun was one of two, Pride and UFC champion. Congratulations on your retirement @ShogunRua.”

The MMA Hour host Ariel Helwani tweeted, “Wouldn’t it be great if we all knew that Shogun was getting some kind of pension based on his 16 years with the UFC? 16 years. Some? worth 5 years? 4? Some? Would be nice.”

Barstool Sports’ Robbie Fox shared a picture and wrote, “Me when Potieria started dancing on Shogun’s grave after the fight.” See below:

MMA Underground’s John Morgan tweeted, “Standing ovation, as it should be. Well done Brazil. A true legend of the sport.”

“When Shogun landed that early combo I thought the MMA gods would give us one!!! Damn,” he continued.

Twitter user @UFC_Obsessed tweeted: “Forever grateful for all that Shogun has given to this sport. So many incredible fights. Meeting him in 2011 will always be a top 3 MMA experience for me. Happy retirement for a legend.”

Hyon Ko from the AllStar tweeted: “The first time I saw Shogun fight was in 2005. One of the most violent fighters of all time in MMA.”

Shaheen Al-Shatti from MMA Fighting tweeted: “There are at least 3 old Legend of Zelda files named “Shogun” buried somewhere in my closet. His run in 2005 was partly what got me into MMA. Lots of onions will be cut in the Al-Shatti household tonight.”

“Shogun’s 2005 remains one of the most impressive feats ever accomplished by a young fighter in MMA history. Imagine a 23 year old coming out of nowhere today and driving through 4 of the best in the world in 5 months, each one more spectacular than the last.”

“Man was iconic at an age before most fighters even found their sea legs,” he said continued.

“No one in history has handled the Pride FC rule book better. His ruthless creativity with stomps and kicks was borderline obscene. Hall of Famer in the first ballot. Hold onto the first-team All-Violence roster until the end of time.”

“Man was iconic at an age before most fighters even found their sea legs,” he said continued.