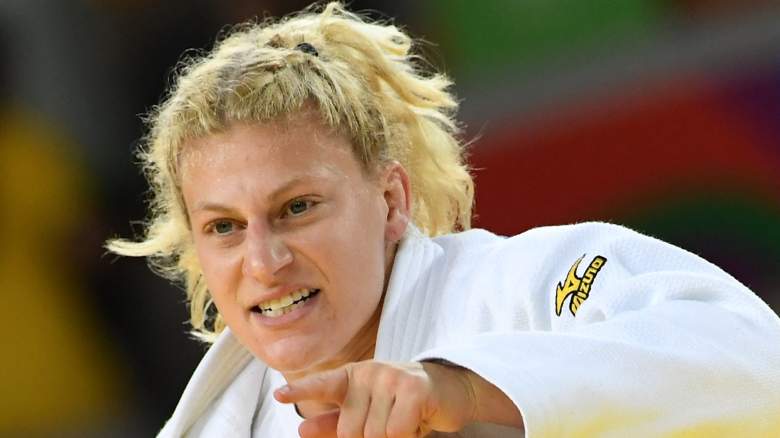 Mixed martial artist Kayla Harrison suffered the first loss of her pro career and she “has no excuses” for it.

Harrison, who is arguably the Professional Fighters League’s biggest star, entered the smart cage on Nov. 25 to fight for her third PFL women’s lightweight tournament championship — and her third million-dollar check.

The Olympic gold medalist in judoka faced a woman she’d beaten twice, Larissa Pacheco. And just like in most of her matches before, Harrison was the big favorite.

Considering Harrison was in the running for the greatest active woman MMA fighter, the result was shocking to say the least.

An emotional Harrison spoke to members of the media at the PFL’s post-fight press conference. And the world-class athlete spoke openly about the loss, saying she would use it as fuel to become a better fighter and person.

“I’m still very grateful for the opportunity to do what I love every day,” Harrison said. “I didn’t get the result I wanted tonight. Larissa was the better fighter. I have no excuse, I have no reason. You know, I believe in my team. I believe in my preparation. I feel like we did everything right to prepare for this fight – tonight it just didn’t go my way. I made some tactical mistakes. [I have] a lot to work.

Just because Harrison entered the cage with an “0” on her professional MMA record didn’t mean losing wasn’t something she’d previously felt. And Harrison acknowledged that at the presser, but also pointed out that the stage is a lot bigger than it was in the past when she dropped judo bouts.

“I’m very fortunate that this isn’t the first time I’ve lost in life or in sport,” Harrison continued tearfully. “You know, I’ve lost many times in judo. In MMA, of course, it’s a little different. It’s the biggest stage in the world. I obviously just lost my title, it hurts. It’s gonna hurt for a while. But it’s also kind of silly, isn’t it? I don’t cure cancer, I don’t change the world. What I do is very selfish and I do it because I love it.

“But again, I’m really grateful to my team, for everyone who makes sacrifices for me, they’re away from their family for the holidays. They go to the gym with me every day and work just as much as I do. I’m thankful for my family – all the sacrifices they made so that I can be here. For my children and I know that I have a truly blessed life. Although it hurts, I know I’ll come back stronger.”