‘Might as well be Game 7’: Celtics challenged Bucks in Game 2 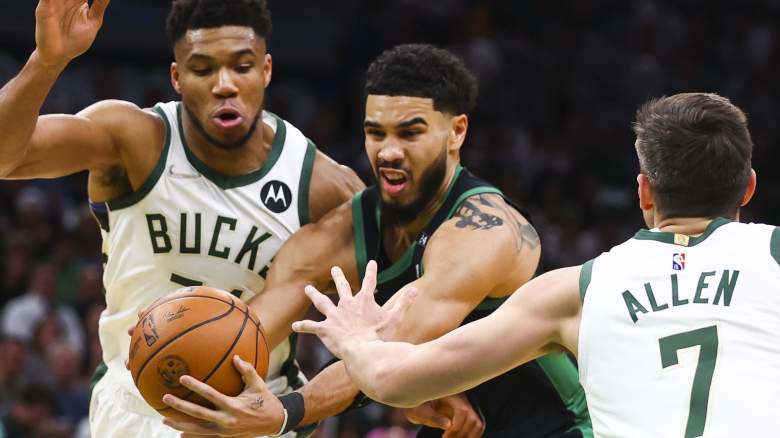 The Celtics cannot win their NBA conference semifinals series tonight with Milwaukee. However, you can lose it.

“As far as Boston goes, it might as well be Game 7,” a Western Conference coach told Heavy.com.

Win Game 2 and you’re back in the series with work to do. If you lose it, you’ll need to win four out of five against defending champion Bucks – a task just a little less daunting than scaling Everest in flip-flops.

Sunday’s opening loss left the Celtics with a long list of fixes. After dealing with the Nets’ supposed defense in the first round, the Celts didn’t seem ready for Milwaukee’s physical and dedicated approach to that end of the floor — despite knowing it was coming.

The problem wasn’t just that Boston missed quite a few shots (33.3 percent overall, a woeful 10 for 34 at 2-pointers). It so happens that the hosts went into a frenzy that made their problems worse. You committed 18 turnovers that turned into 27 buck points. Meanwhile, the Celts have picked up just six points from Milwaukee’s 14 giveaways — a significant discrepancy in a 101-89 game.

The legendary John Wooden famously said to his UCLA Bruins, “Be quick, but don’t rush.”

Ime Udoka told the Celtics the same thing on Sunday, but they obviously couldn’t hear him with all the traffic they were driving into.

If they’re going to find their way out of this jam tonight — and maybe even win — the Bostonians need to be short and sweet with their moves. They missed some open 3s in Game 1, but even those attempts seemed largely rushed.

Worse, there were occasional echoes early in the season of the C’s stumbling three games under .500 by attempting to iso-ball steer out of their carriage. There were shaky rides that ended in missed shots, lost possession and regular complaints to the officials.

It is generally accepted that the more aggressive team gets the better whistle, if only because the more passive team is a shot behind and unavailable. The Bucks were the party of part one on Sunday, and while there are some questionable calls from both sides (there always are), it’s highly unlikely that adrift players with little control will be saved by the umpires.

To get that straight, the Celtics need to remember that Hero Ball has eliminated them from the postseason in three of the last four years (Kyrie Irving’s 2019 retirement being the exception). As we mentioned earlier, the tendency comes from players trying to take responsibility individually – basically a good instinct, but one that mortally hurts what you’re trying to do as a team.

If the Celts are successful in Game 2, it’s because they’re making good shots for better ones, because those extra cuts and passes can move the Bucks’ defense from side to side, and because that type of offense leads to better ground balance, which can help avoid repeating Milwaukee’s 28-8 Game 1 advantage on quick break points.

Also, Jaylen Brown can’t shoot 4-for-13 and flip the ball again seven times. Jayson Tatum needs to do more than 6-for-18 off the floor. Payton Pritchard needs to be closer to the 10-on-15 shooter he was against Brooklyn and further from the 2-on-8 guy he was on Sunday.

Giannis Antetokounmpo will still be Giannis, but the Celts can do better not helping too much and leaving Bucks wide open on the edge.

The Celtics can do all of those things and still find themselves in a fourth-quarter fight – especially with Marcus Smart (bruising) absent or restricted. It’s a fight they must win.

Losing tonight would technically mean going 2-0 down in the series. In reality, having their home serve broken twice would bring the Celtics considerably closer to the wrong end-of-match point.

Losing tonight would technically mean going 2-0 down in the series. In reality, having their home serve broken twice would bring the Celtics considerably closer to the wrong end-of-match point.