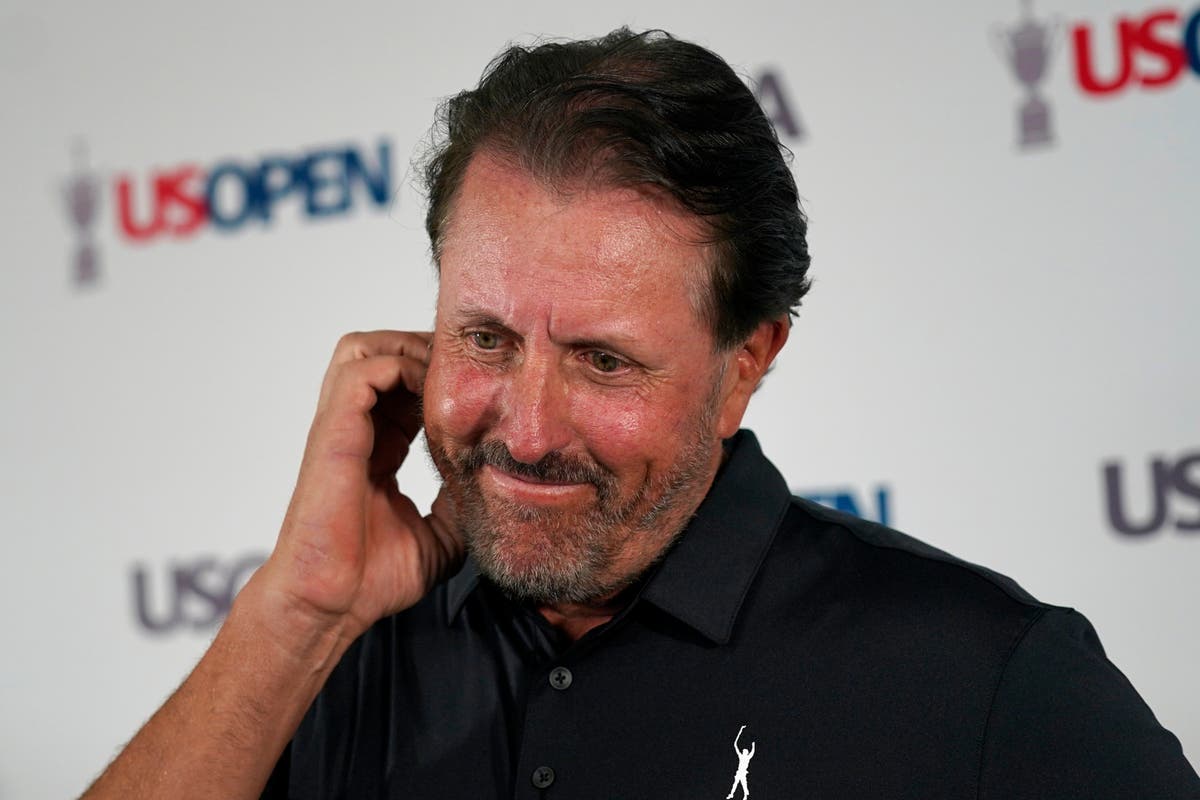 Phil Mickelson has offered his “deepest condolences” to the families of those who lost loved ones in the September 11, 2001 terrorist attacks after his decision to join the Saudi-backed LIV Golf Series was criticized.

A group representing the victims’ families and survivors accused Mickelson and a number of other high-profile American players of sports laundering and treason against their country by attending the event at the Centurion Club last week.

Asked about the letter from Terry Strada, national chair of 911familiesunited.org, in a press conference ahead of the US Open, a visibly uneasy Mickelson said: “I would say to the Strada family, I would say to everyone who has lost loved ones, lost ones Friends on 9/11 that I have deep, deep empathy for them.

“I can’t stress that enough. I have the deepest sympathy and empathy for her.”

When asked if he would reply to the letter privately, Mickelson largely repeated his earlier response, and his comments cut little ice with Strada, a mother of three whose husband Tom died in the attack on the World Trade Center’s North Tower.

She told the PA news agency: “Phil knows exactly what he’s doing and he and his fellow LIV golfers should be ashamed.

“You’re helping the Saudi regime launder its reputation in exchange for tens of millions of dollars, while our government presents further damning evidence of Saudi culpability for the 9/11 attacks.”

“As the PGA Tour commissioner (Jay Monahan) said Sunday, ‘You’d have to live under a rock’ not to understand what it means to get involved with the Saudis.”

Mickelson and the other 16 PGA Tour members who attended the first LIV golf event without a permit were immediately suspended from the tour, although some had already canceled their memberships.

Mickelson doesn’t intend to do that and wants to play on the PGA Tour in the future, even though he has already won four times on the Champions Tour.

“I prefer to be able to choose which way I want to go, one way or the other way or both,” said Mickelson, who will celebrate his 52nd birthday on Thursday.

“I feel like I’ve given back as much as I could to the PGA Tour and the game of golf in my 30 years here, and my accomplishments on the course have earned me a lifetime membership.

“My intention is to keep that and then decide which events to play and which not to.”

Mickelson was as reserved with his answers as he was with Centurion, but conceded that the “incredible financial commitment” – which he tacitly acknowledged at $200m (£159.5m) last week – “allows me to find more balance to have in my life”.

With a win on Sunday, Mickelson would become the sixth player to complete a career grand slam, although he admits it will be difficult given his lack of competitive golf.

“It’s going to be a challenge, right. It’s the toughest test in golf,” said Mickelson, who shot over par last week in his first event since February 10 to finish 33rd with a tie.

“I think it was important for me to play some competitive golf last week and identify some of the weak spots. It was one of the worst putting tournaments I’ve had in years.

“I spent time (on Sunday) addressing that, which is basically why I putted on the course all day. In the off-season I’ve made some progress with the ball and I’m pretty optimistic about that, but it will be a real challenge.

“These are the best players in the world and it’s the toughest test of the year. It looks like it’s going to be a brutal test of golf and that’s what this championship is all about.”