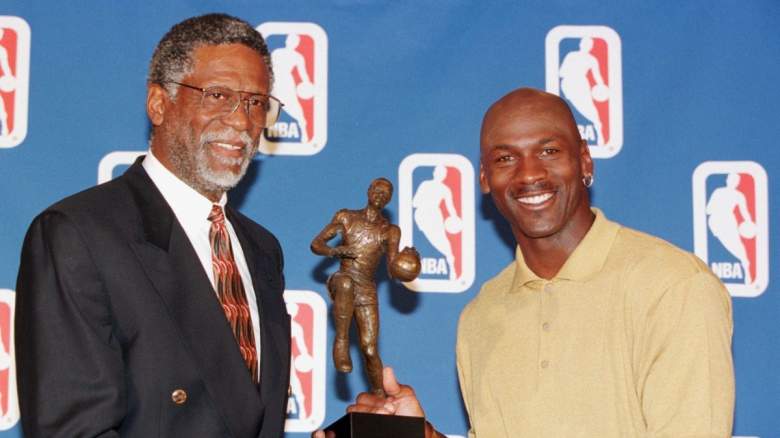 It was a sad day for the NBA following the announcement of Bill Russell’s death. The Boston Celtics legend made a difference both on and off the basketball court and left a powerful impression on those who came after him. That included NBA and Chicago Bulls legend Michael Jordan.

Jordan, who is currently the Charlotte Hornets chairman, released a statement on the Hornets’ official Twitter account in light of Russell’s death.

“Bill Russell was a pioneer—as a player, as a champion, as the NBA’s first black head coach, and as an activist. He paved the way and was a role model for every black player who came into the league after him, including me. The world had lost a legend. My condolences to his family and may he rest in peace.”

Jordan and Russell were named to the NBA 50th and 75th anniversary teams, and both are widely considered to be two of the greatest players to ever play in the league.

Jordan wasn’t the only NBA legend to praise Russell after his death.

They may have played for teams the Celtics had a personal rivalry with during their playing days, but that didn’t stop these NBA Hall of Famers from expressing their appreciation for everything Russell accomplished on and off the basketball court.

Magic Johnson, who played for the Los Angeles Lakers during arguably the height of their rivalry with the Celtics, reflected on how Russell was his idol growing up and commended him for paving the way for guys like Johnson after his retirement would have.

Johnson also praised Russell for being one of the first athletes to fight for civil rights, which is why Johnson admired him as much as he did.

These were among several tweets Johnson released after Russell’s death. He wasn’t the only former Celtics rival to praise Russell after his death.

Isiah Thomas, who beat the Celtics with the Detroit Pistons in the 1980s, also paid tribute to Russell.

Johnson wasn’t the only former Laker legend to sing Russell’s praises, either. Pau Gasol called Russell one of the most dominant players in NBA history and made it clear how honored he was to meet Russell.

It’s clear that Russell had an impact on NBA legends who followed him, even when he played for their team’s archrival during their playing days.

Russell’s death also impacted NBA stars who are currently still in the league.

In addition to the stars currently playing for the Celtics, various NBA stars in the league have expressed appreciation for what Russell has done for the league after his death.

Most of them hailed Russell as a legend, like James Harden, Trae Young and Rudy Gobert.

Others took more time to praise Russell for his influence on the league. Carmelo Anthony praised Russell for revolutionizing the game and inspiring him in so many ways.

Even 50 years after he retired from the NBA, it’s clear every day that NBA stars remember what Russell meant both inside and outside the league.

Others took more time to praise Russell for his influence on the league. Carmelo Anthony praised Russell for revolutionizing the game and inspiring him in so many ways.