Memphis Depay’s lawyer opens up about his future at Barcelona 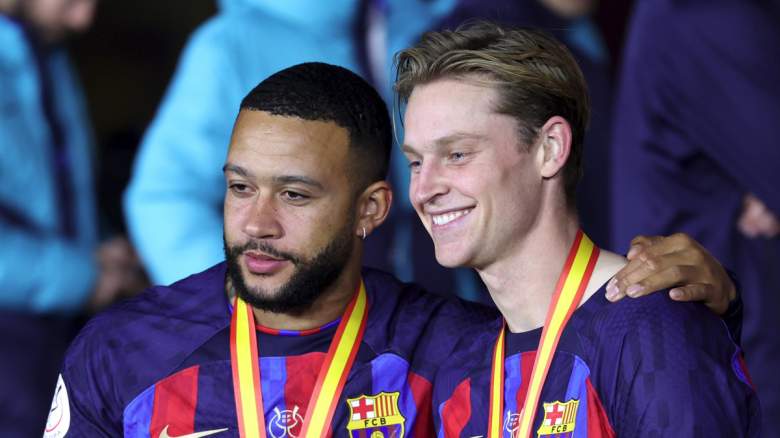 Memphis Depay’s lawyer has offered an update on the Dutchman’s future at Barcelona amid speculation he will leave the Camp Nou in the January transfer window.

Sebastian Ledure told Sky Sports that the Netherlands international is not currently in negotiations with Serie A Inter for a transfer to the San Siro, as reported by Gianluca Di Marzio.

“There are no negotiations about Depay to Inter. I can deny these rumors because it’s not a possibility that we’re discussing,” he explained.

Journalist Gerard Romero had reported that Memphis were “very close” to a move to Inter, in a deal that would have seen 28-year-old striker Joaquin Correa go the other way.

Memphis’ future remains a subject of speculation as the Dutchman is struggling for game time this season and is out of contract and could walk away on a free transfer at the end of the 2022-23 season.

The Dutchman, who finished last season as the team’s joint top-scorer, has played just two La Liga games this term and has slipped down the pecking order after the arrivals of Raphinha and Robert Lewandowski.

Barcelona manager Xavi was asked about the ongoing speculation about Memphis ahead of his team’s Super Cup final against Real Madrid. Xavi insisted on saying at a press conference that he was happy with his squad as it is at the moment.

The Barca boss also made it clear that if the club are ready to authorize Memphis to leave in the winter window, he would like a replacement to take his place.

“I don’t want anyone to leave, I won’t talk about names, but when a player asks to leave, I ask the club for a player in his place to fill the gap,” he told reporters.

Memphis is one of many attackers currently fighting for game time. Ansu Fati, Raphinha and Ferran Torres have also found themselves on the bench this season.

However, Xavi will be without Lewandowski and Torres for the team’s next two league games, giving his other attackers an opportunity to qualify for more regular minutes of play.

TO READ NEXT: Barca star leaves for €20m after impressive World Cup: report