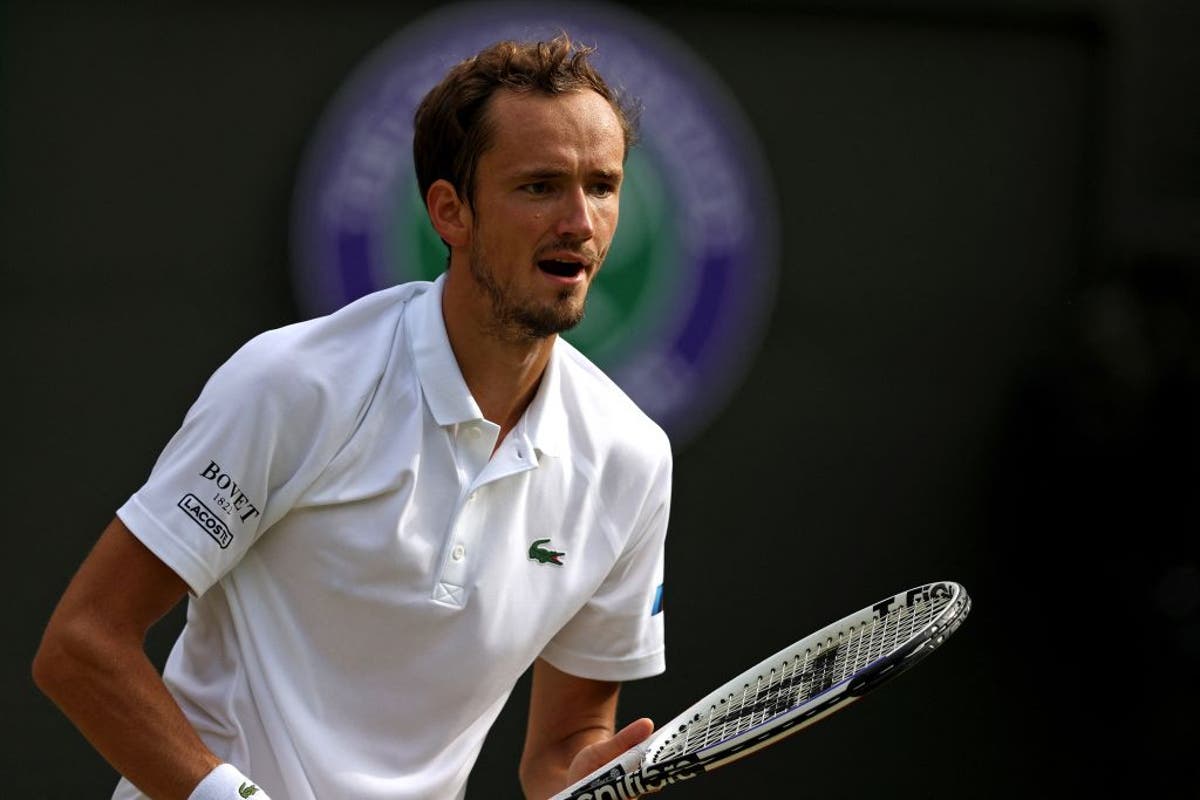 Daniil Medvedev hopes the “unfair” ban on Russian and Belarusian players at Wimbledon will be lifted as he believes it could set an “uncomfortable” precedent.

The organizers of the tournament at the All England Lawn Tennis Club (AELTC) announced in April that they would no longer allow players from Russia and Belarus to play after the invasion of Ukraine.

The ATP Player Council has subsequently called for Wimbledon to strip ranking points if the suspension persists.

While Medvedev admits he “can understand” why the move was taken, the 2021 US Open winner believes a “sensitive situation” needs to be handled carefully.

The 26-year-old worries Wimbledon could serve as a role model and lead to further bans for the Russians and Belarusians.

“On the one hand I can understand that, on the other hand I find it unfair,” said Medvedev Grandstand de Geneva. “This is a delicate situation because it sets a precedent and puts other sports competitions in an awkward position.

“Where’s the line? Which rules should lead to a possible exclusion? As we have discussed this with the ATP, as tennis players we are legally considered self-employed workers.

“But currently in the UK, self-employed Russians have the right to work. So if I had the opportunity to play at Wimbledon I would be delighted. If not, I would accept it.”

Russia escalated its conflict with Ukraine on February 24, launching a full-scale invasion on orders from President Vladimir Putin.

Part of the invasion was staged from Belarus, a country led by President Alexander Lukashenko – a close ally of Putin.

According to the ATP and WTA rules, players from both nations are allowed to compete under a neutral flag.

Medvedev, who is seeded first at the Geneva Open, would still like to play at the third Major of the year but indicated he will not “clash” with those who have a different opinion about his participation.

“I don’t know if this decision is 100 percent over and over,” said the second in the world rankings. “If I can play, I’ll be happy to play at Wimbledon. I love this tournament.

“If I can’t play [at Wimbledon]well i will try to play other tournaments and prepare well for next year when i have the chance to play.

“It’s a tricky situation and like any situation in life you ask 100 players and everyone will have a different opinion.

“You show 100 people a tennis ball, I’m sure some of them will say it’s green and not yellow. I think it’s yellow. If someone tells me it’s green, I will not conflict with that person.”