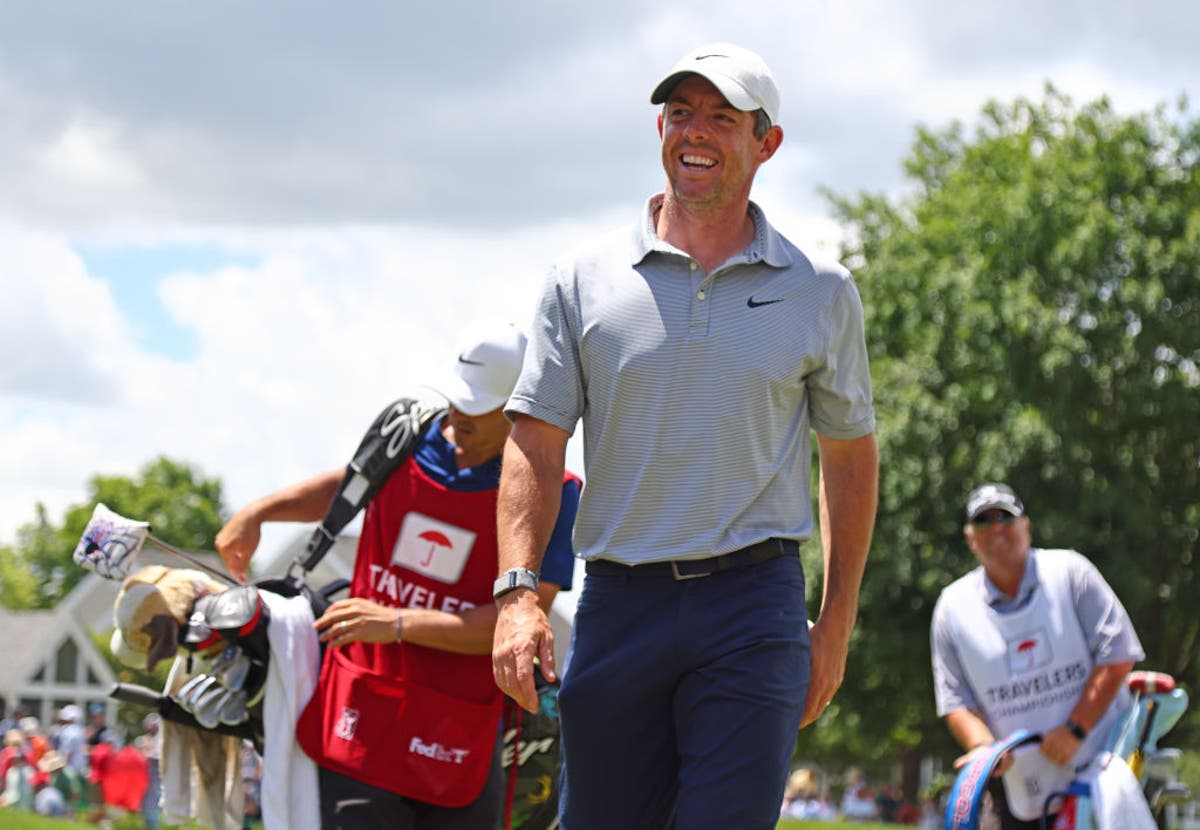 World number two Rory McIlroy tied his lowest opening round on the PGA Tour when a 62 with no bogey gave him an early lead at Connecticut’s Travelers Championship.

The Northern Irishman, starting on the back nine, started his round with a chip-in birdie on the par-5 13 after blasting his bunker shot into the very edge of the green.

Two more birdies saw him turn in 32, but he then rattled four more in seven holes – including a 48-footer on the seventh to share the lead with Xander Schauffele.

He saved his best until the final par-4, however, when he sliced ​​the corner with a 332-yard drive to leave it 44 yards from the pin, and he chipped for a tap-in birdie to go in one shot Schauffele and the Scot Martin Laird had an advantage of eight under.

McIlroy may have only hit seven fairways out of 14, but he was happy to have maintained his form after winning the Canadian Open two weeks ago and then finishing fifth at the US Open.

“I think the good thing is that I played well and you want to ride that wave of momentum that you have,” he said in his post-round interview.

“Coming here for the fourth week in a row I knew I was going to be a little bit tired but when you play that well you just want to keep going.

“If I had taken this week off I would have sat at home thinking it was a missed opportunity.

“My preparation wasn’t what it normally would be. I got off to a good start, hitting some good shots early on which gave me some confidence and I built on that.

“When I got into the back nine I started playing really well and started potting a few putts and when you’ve got that kind of run you just have to try to keep it going.”

Schauffele was another player for whom preparation wasn’t what he wanted, as a mix-up in start times meant his arrival at TPC River Highlands was a little more hasty than usual.

That didn’t affect the American, however, as he hit 18 greens in a bogey-free 63, a round bettered by Laird.