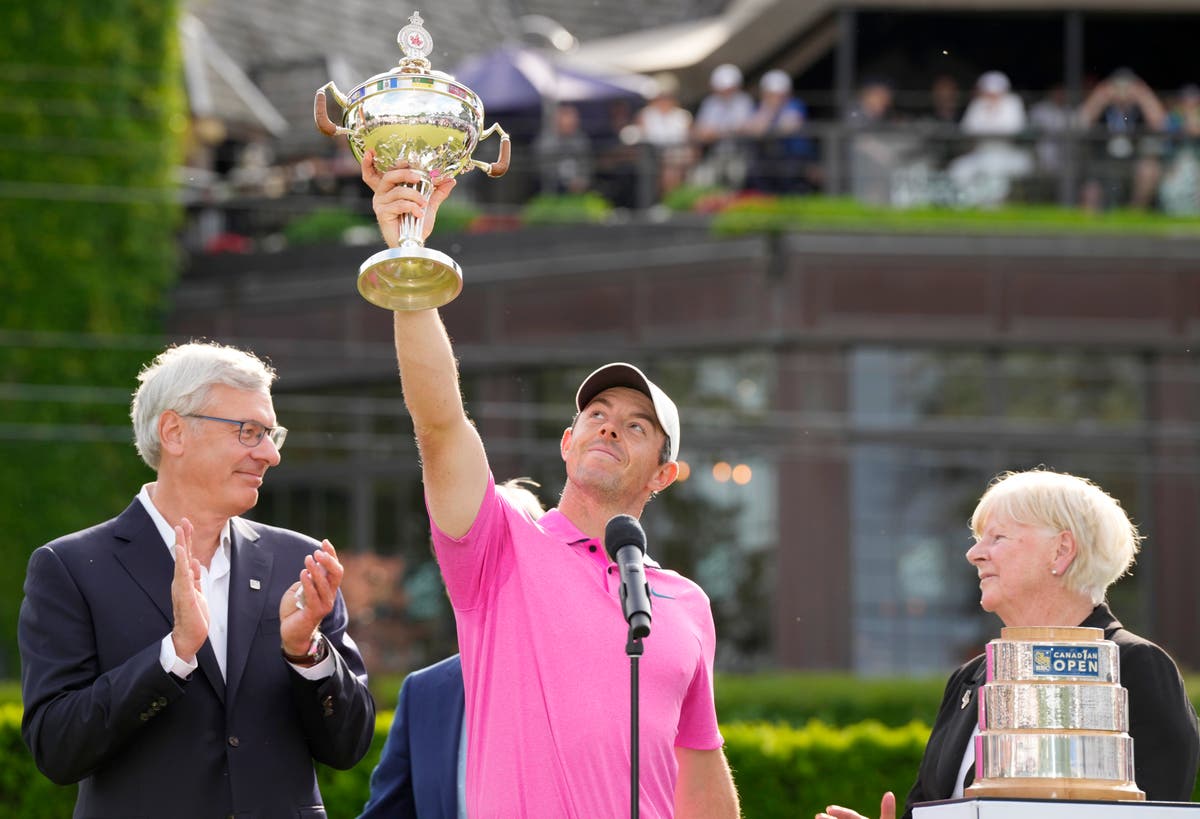 Rory McIlroy hit a superb final round of 62 to retain his title at the RBC Canadian Open – before targeting Rebel series boss Greg Norman.

McIlroy, who started the day tied at the top with Tony Finau, birdied 10 in his eight-under-par round to land two shots ahead of the 19-under American and land his 21st PGA Tour crown.

That’s one more than Norman, the CEO of the Saudi Arabia-backed LIV Golf Invitational Series, whose first tournament ended on Saturday. The PGA Tour has suspended its members who teed off at the Centurion Club event.

“This is a day that I will remember for a long, long time,” McIlroy said on CBS after his win at Toronto’s St. George’s Golf and Country Club.

“Twenty-one PGA Tour wins, one more than anyone else, gave me a little extra push today and I’m glad I did.”

Finau finished on a 64, as did Justin Thomas, who finished third at 15-under, while Justin Rose had the best round of the day at 10-under 60, earning him a share of fourth place, a shot down.

He added: “It’s amazing to play with Tony and JT (Thomas) today, two of the best players in the world and they all just play like we did.”

The win was the first of the year for the Northern Irishman and he said: “I think after Covid I just needed a full reset, dedicated myself to the game a bit, kind of realized what made me happy and that makes me happy.”

Rose, who tied fourth with Sam Burns, was on course to break the 60 only to bogey the last in a round with three eagles and seven birdies.