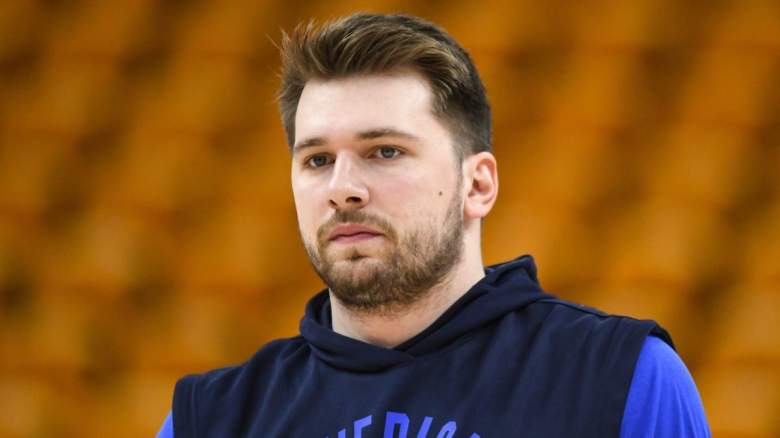 The season is upon us, which means Dallas Mavericks fans are very close to seeing Luka Doncic again. You had a chance to see him play at EuroBasket this summer, but now he’ll be back playing in a Mavericks jersey.

Watching your favorite player compete over the summer was a treat not many NBA fans got. Milwaukee Bucks and Denver Nuggets fans had a similar experience, but Mavericks fans should still be lucky they didn’t have to wait too long between Doncic’s performances.

However, the tournament is not over, Doncic was absolutely disregarded. The EuroBasket All-Tournament Team was recently announced, and although Doncic posted a big number, he was left out of the starting five. Sports Illustrated’s Dalton Trigg spoke out about the snub in an article written Sept. 18.

“Spain would have deserved at least one player on the All Tournament team considering they won the whole thing, but having two creates an opportunity for someone to be snubbed… and Doncic was definitely snubbed here in our opinion.” , Trigg wrote. “If Antetokounmpo made it into the All-Tournament team despite Greece also being eliminated in the quarter-finals, Doncic should have been there with his numbers.”

Deepening his thoughts, Trigg noted that given Slovenia’s early departure, Doncic would likely agree to the snub.

While the Slovenian superstar was extremely disappointed to be eliminated from the tournament early, Trigg explained that “the numbers don’t lie”. However, he also mentioned that Doncic could use the snub as additional motivation for next season with the Mavericks.

“Doncic was so disappointed with Slovenia’s early exit that he would probably tell you he didn’t deserve to take one of EuroBasket’s biggest awards, but as the saying goes, the numbers don’t lie,” said Trigg. “Perhaps the way Doncic’s disappointing end to international play this summer will add even more motivation to his fifth season with the Dallas Mavericks, which begins in a month.”

And while fans may be upset at the snub, Doncic’s disappointment at losing Slovenia tells the whole story. He even revealed he was dealing with an injury.

The tournament clearly took its toll on Doncic. After Slovenia’s loss to Poland at the end of the tournament, Doncic revealed that he received an injection in the third quarter due to a back injury.

“I wasn’t 100% myself. I got an injection in the third quarter and traded a lot in this EuroBasket,” Doncic said. “But today I played horribly, I let down my team and my whole country that supported us. It’s up to me I have to look back on this game and get better.”

It’s clear Doncic was upset with his performance and probably doesn’t care as much about the snub as the fans do. But going into next season with the Mavericks should have him revved up and ready to go.