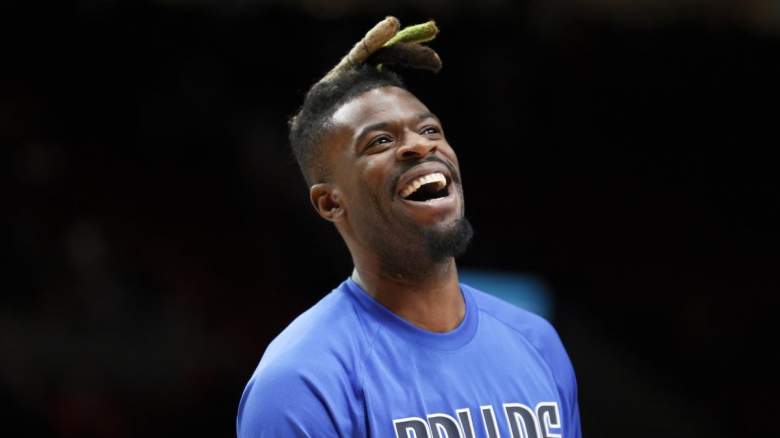 The Dallas Mavericks just wrapped up an impressive NBA season in which they stormed all the way to the Western Conference Finals. Although they ended up losing to the Golden State Warriors, it was still a season to build on.

Bullock starred in a Whistle Original Series titled my passions to discuss his quest for social justice. In the video, Bullock spoke about his personal experiences and how he tries to use his platform as an NBA player to make progress within the community.

“When I first started serving the community, my main goal was to achieve equality,” Bullock explained. “This passion started in 2014. I lost a sister of mine who was transgender. As I began to understand her life, I was misinformed as I knew nothing about the black trans community. That’s how I’ve been able to use my platform over the years and, you know, understand the community. They are human, equality is what we want, equality is what they want. I feel that all people in the world should be able to have the same love and show the same purity in their hearts.”

The Mavericks forward also took the time to talk about what the NBA has been doing to help the community as well.

In addition to Bullock’s personal efforts, the NBA has also increased its commitment to social justice. Bullock applauded the NBA’s efforts to support the LGBTQ+ community.

“I love everything the NBA does,” Bullock said. “In trying to shed light on the situations that are going on in the LGBTQ community. Over the past six years, NBA Cares, the different floats and different types of things they do for the Pride Parade have been tremendous. As an ambassador, as an ally of the community, it’s just been great to see the work they’ve done, one of the biggest platforms in the world.”

Expanding on that idea, the Mavericks veteran said one of his primary goals is to help everyone have the freedom to be who they are and express that openly.

“Some of the initiatives I want to see is the ability to live within yourself,” Bullock said. “My sister was one of those people who believed in who she was. And that’s my biggest thing, you know, just trying to create some kind of equality in all sports, in all genders, so that people can do what they want and be who they believe and who they are as a person . So things are going in the right direction. It’s just, you know, everybody can see it.

And for his efforts, Bullock received a major award from the NBA.

In 2021, the NBA introduced a new award titled the Kareem Abdul-Jabbar Social Justice Champion Award. Carmelo Anthony received the award in its inaugural season, but last year the league presented it to Bullock for his efforts within the LGBTQ+ community.

While his my passions episode, Bullock spoke about how much winning the award meant to him.

“After winning the Kareem Abdul-Jabbar Social Justice Award, it was pretty cool to have all my teammates come into the dressing room. And, you know, getting a surprise call from the GOAT itself, like Kareem, I think was pretty special,” Bullock said. “I was definitely very surprised and it was a great thing for me and my family, you know, to be able to enjoy and know that the work I’m doing for my sisters is definitely enlightening.”