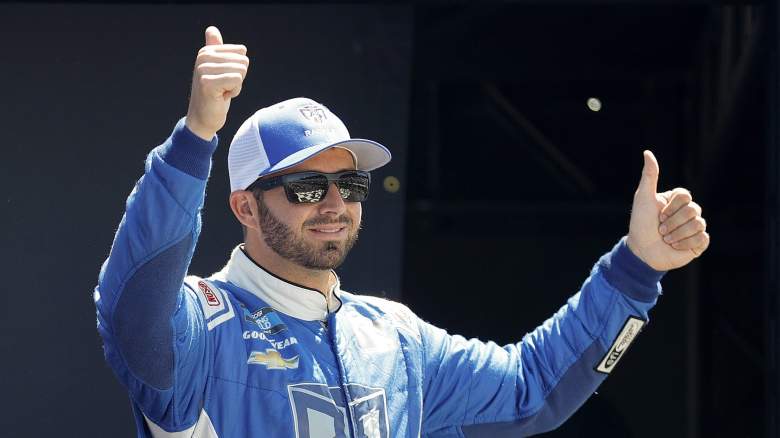 The Camping World Truck Series ‘rookie’ has finalized his plans for the 2023 season. Matt DiBenedetto will return to the Tennessee-based Rackley WAR, driving the #25 Chevrolet Silverado for the second straight year following his series debut in 2022.

Chris Knight, co-owner of Catchfence, provided the update on July 23 before the Truck Series regular season finale at Pocono Raceway. DiBenedetto then went out and finished 12th in the 60-lap event. The California native didn’t make the playoffs in his first season as a Truck Series driver, but he did have his 10th top-15 finish of the season. After the race, the team gave a subtle confirmation that DiBenedetto will be back.

DiBenedetto transitioned to the Camping World Truck Series ahead of the 2022 season. Harrison Burton advanced to the Cup Series, replacing DiBenedetto in the No. 21 Wood Brothers Racing Ford Mustang. Rackley WAR presented an opportunity to secure a full-time ride, and DiBenedetto announced he had accepted in early January.

While DiBenedetto did not make the playoffs in his freshman season, he helped the Truck Series organization make positive progress. Rackley WAR secured just one top 10 finish in 2021, its first season of operation, while fielding five different drivers. Josh Berry finished tenth at Texas Motor Speedway.

In comparison, the 2022 season started with two top 10 finishes. DiBenedetto finished 10th overall in the season-opening race at Daytona International Speedway. He then secured a best sixth place finish of the season at Las Vegas Motor Speedway.

DiBenedetto, who made 248 starts in the Cup Series between 2015 and 2021, has welcomed his move to the Truck Series. He has referred to the organization as “family” on numerous occasions and kept himself within playoff reach during the regular season. Although he ultimately failed to achieve that goal.

DiBenedetto will now shift his focus slightly. He won’t be fighting for the championship trophy, but he will still have seven more opportunities to seek top 10 finishes and possibly his first career win in a NASCAR national series.

Once the 2023 season begins, DiBenedetto will face heightened expectations. He will have a full year of experience in the series and will know how the trucks handle the different tracks on the schedule.

There are some immediate stats that DiBenedetto could improve on in his sophomore season. Leading laps are the first thing that comes to mind. He has secured top 10 finishes in six races but has not spent time at the front of the field. In addition, DiBenedetto was able to improve his average finish of 16.5 with even stronger runs.